A commemorative postage stamp on the Birth Anniversary of Sir Syed, an Indian Muslim pragmatist, Islamic reformist and philosopher : 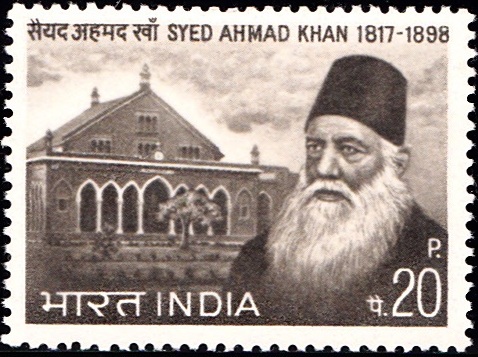 Issued for : By issuing a stamp in memory of Syed Ahmad Khan, the P & T Department pays homage to a great Indian, social reformer and educationist of the 19th century, whose contribution to the building of modern India was remarkable in many respects.

Description of Design : The design of the stamp is horizontal and depicts the portrait of the personality.