A commemorative postage stamp on the Rock Memorial, Kanyakumari, built in 1970 in honour of Swami Vivekananda who attained enlightenment on this rock : 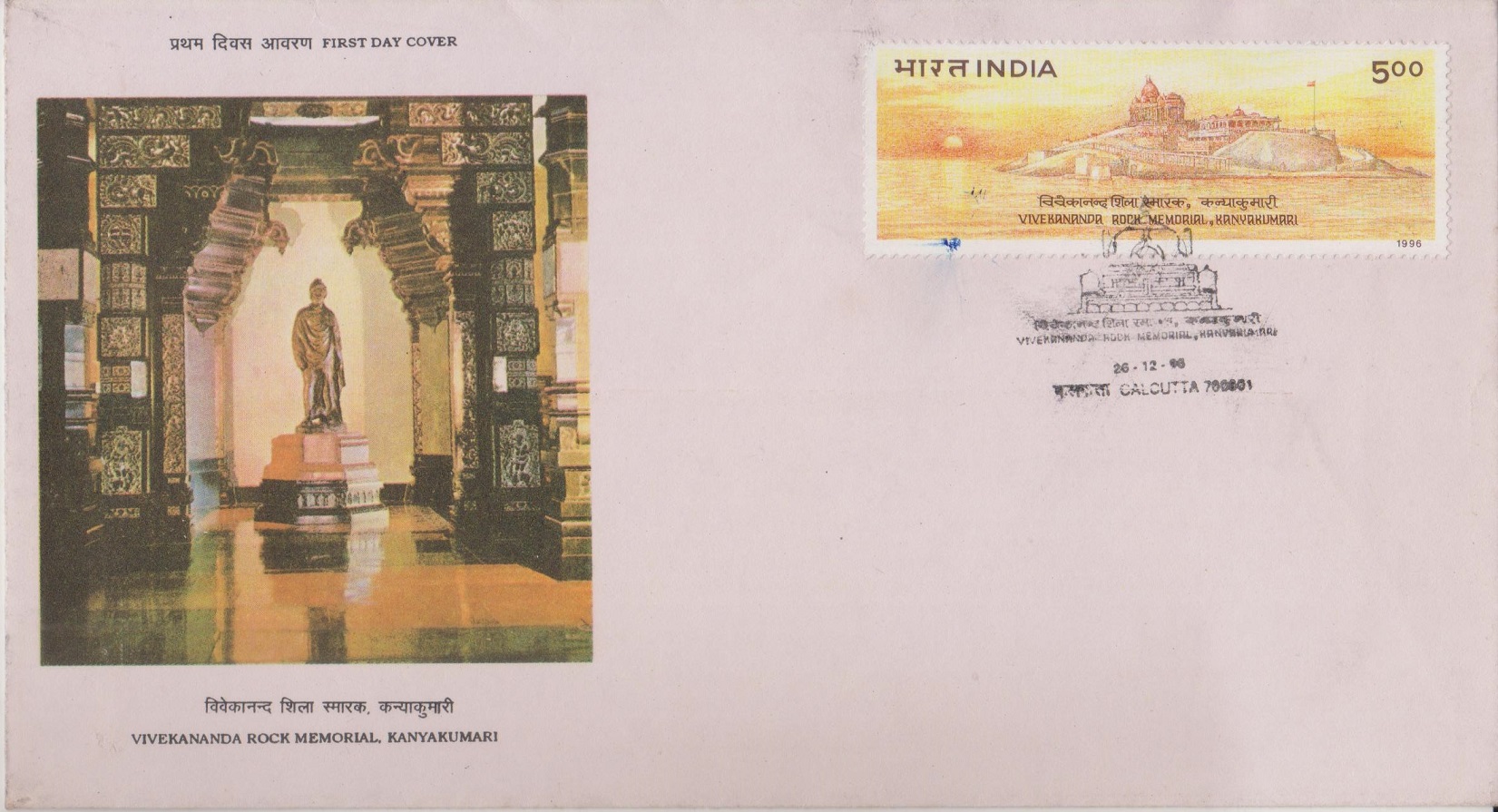 Issued for : The Department of Post today, on the birth anniversary of Swami Vivekananda, issues a commemorative postage stamp on the Vivekananda Rock Memorial, Kanyakumari as it celebrates its 25th anniversary.

Design : The stamp depicts the Memorial; the first day cover is a view of the Sabha Mandapam and the cancellation is a line drawing of the Sripada Mandapam.