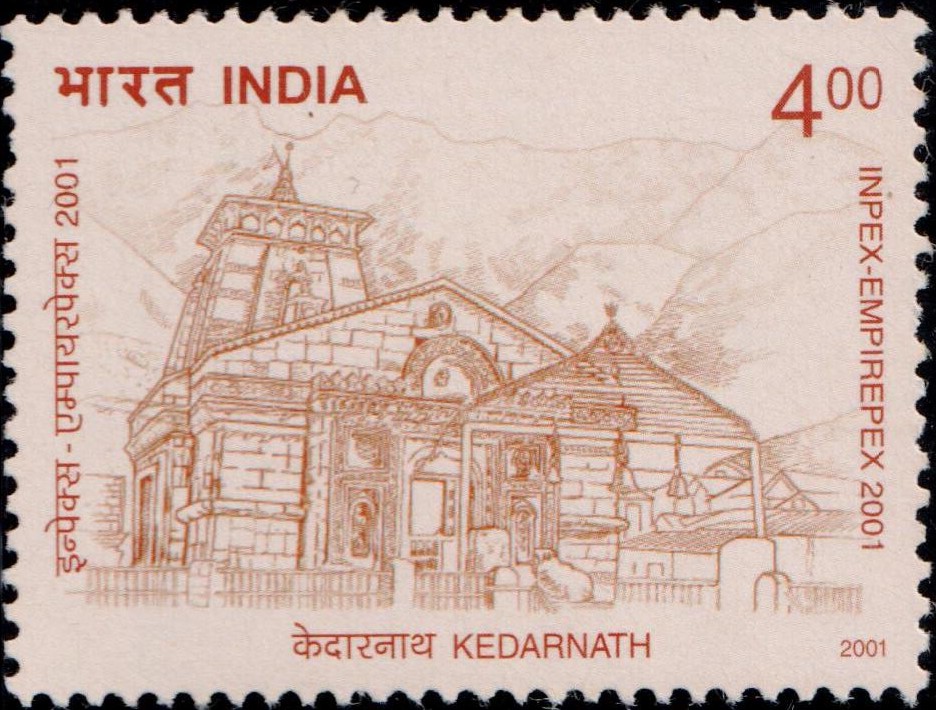 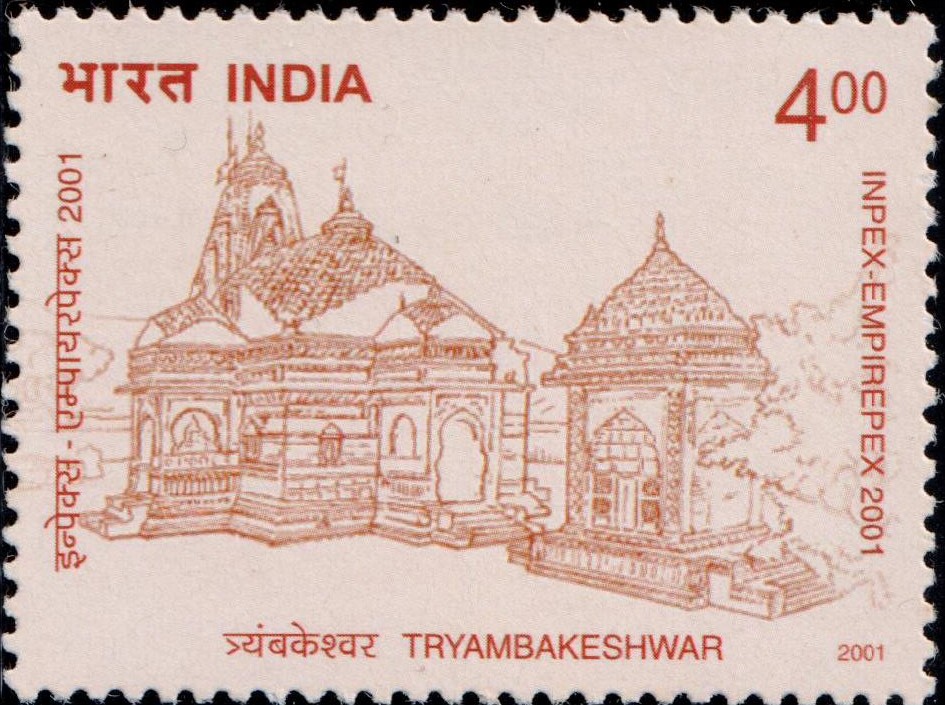 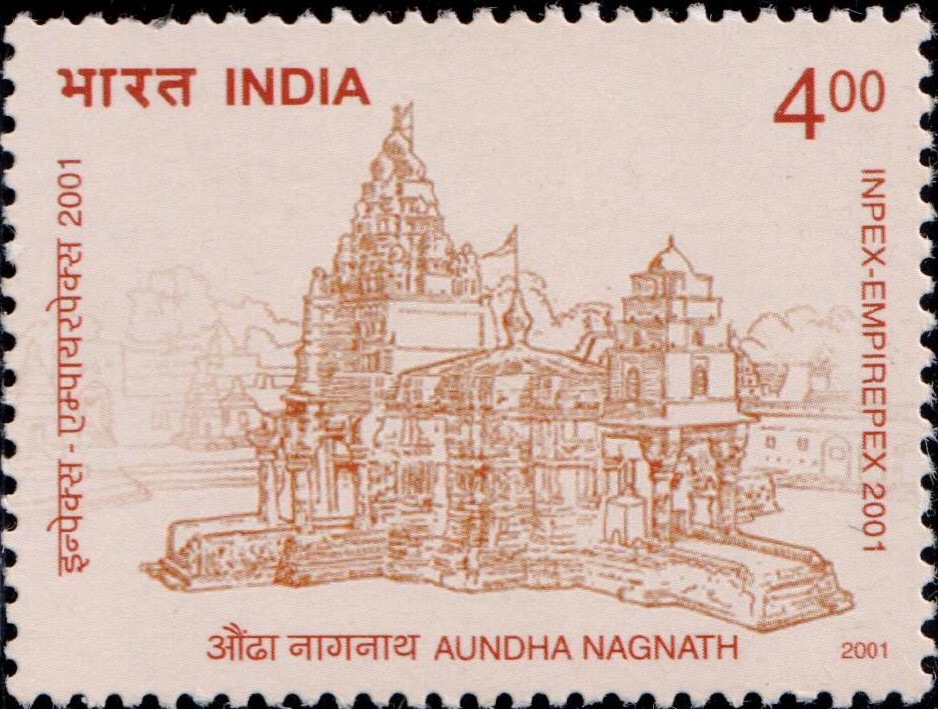 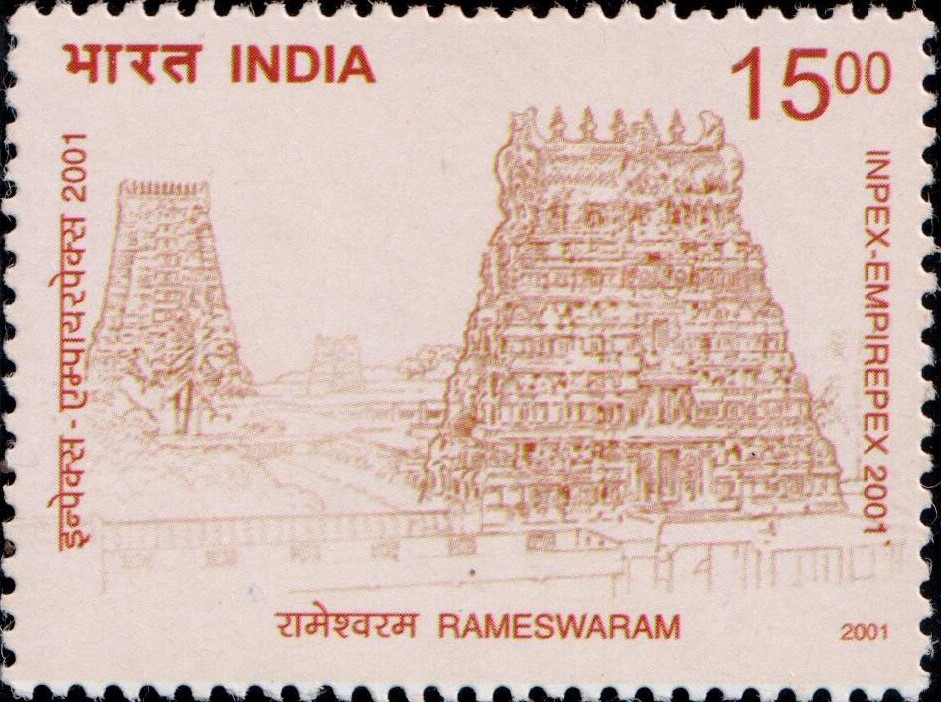 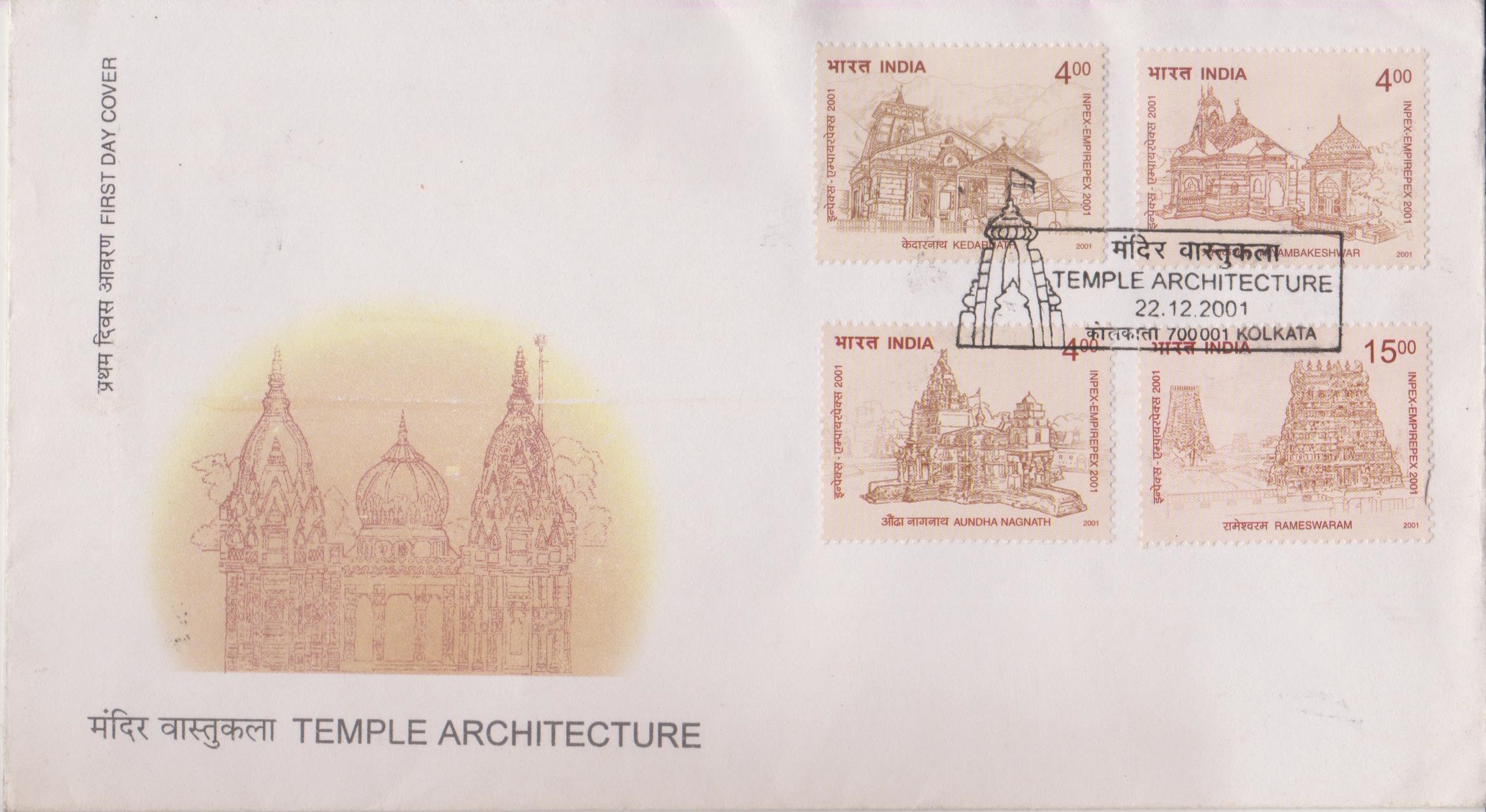 Issued for : The Department of Posts is bringing out a set of four stamps on temple architecture. Four temples noted for their antiquity and architectural features have been included in this set. These are also popular pilgrimage centres and form part of the twelve Jyotirlinga temples, considered to be the abodes of Lord Shiva.

Design : The first stamp depicts the temple at Kedarnath, set against the majestic Kedarnath range of mountains of Uttaranchal. It is a handsome building with a neat facade, incorporating architectural features typical of the Himalayan region. The Tryambakeshwar temple, featured on the next stamp, is situated in the district of Nashik in Maharashtra. It is built in black stone and follows the Nagara style of architecture. The third stamp is on Aundha Nagnath temple, located near Nanded in Maharashtra. The temple is famous for its exquisite carvings. Spread over an area of 60,000 sq. ft., it follows the style of architecture called Hemadpanthi. Figuring on the fourth stamp, the temple of Rameshwaram is famous of its majestic pillars and well fashioned corridors. Built around the twelfth century A.D., with its beautifully embellished Gopurams and towers, it is a classic example of Dravidian architecture.

The First Day Cover carries an illustration of the Kashi Vishwanath temple at Varanasi, noted for its antiquity and architectural features.

One thought on “India on Temple Architecture 2001”