A commemorative postage stamp on the New Headquarters Building of the World Health Organization in Geneva, Switzerland : 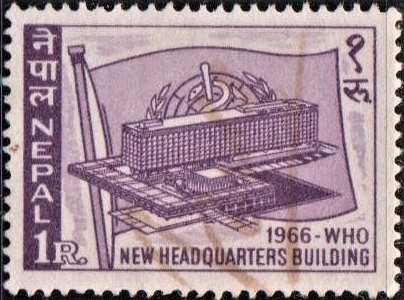 Sheet : 54 Stamps in one sheet