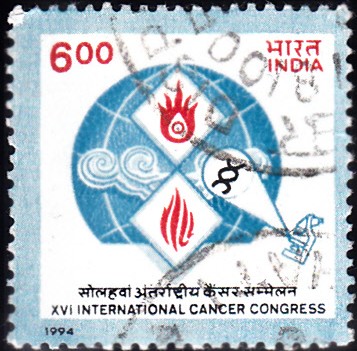 Issued for : As the world strives to overcome the threat of cancer, there is hope in scientific progress and new discoveries. Health care has been important theme in philately, and the Department of Posts is happy to bring out a postage stamp to commemorate the XVI International Cancer Congress being held in India.