A Miniature Sheet consisting of 4 nos of commemorative postage stamps on 100 years of Airmail at Indipex 2011, a World Philatelic Exhibition : 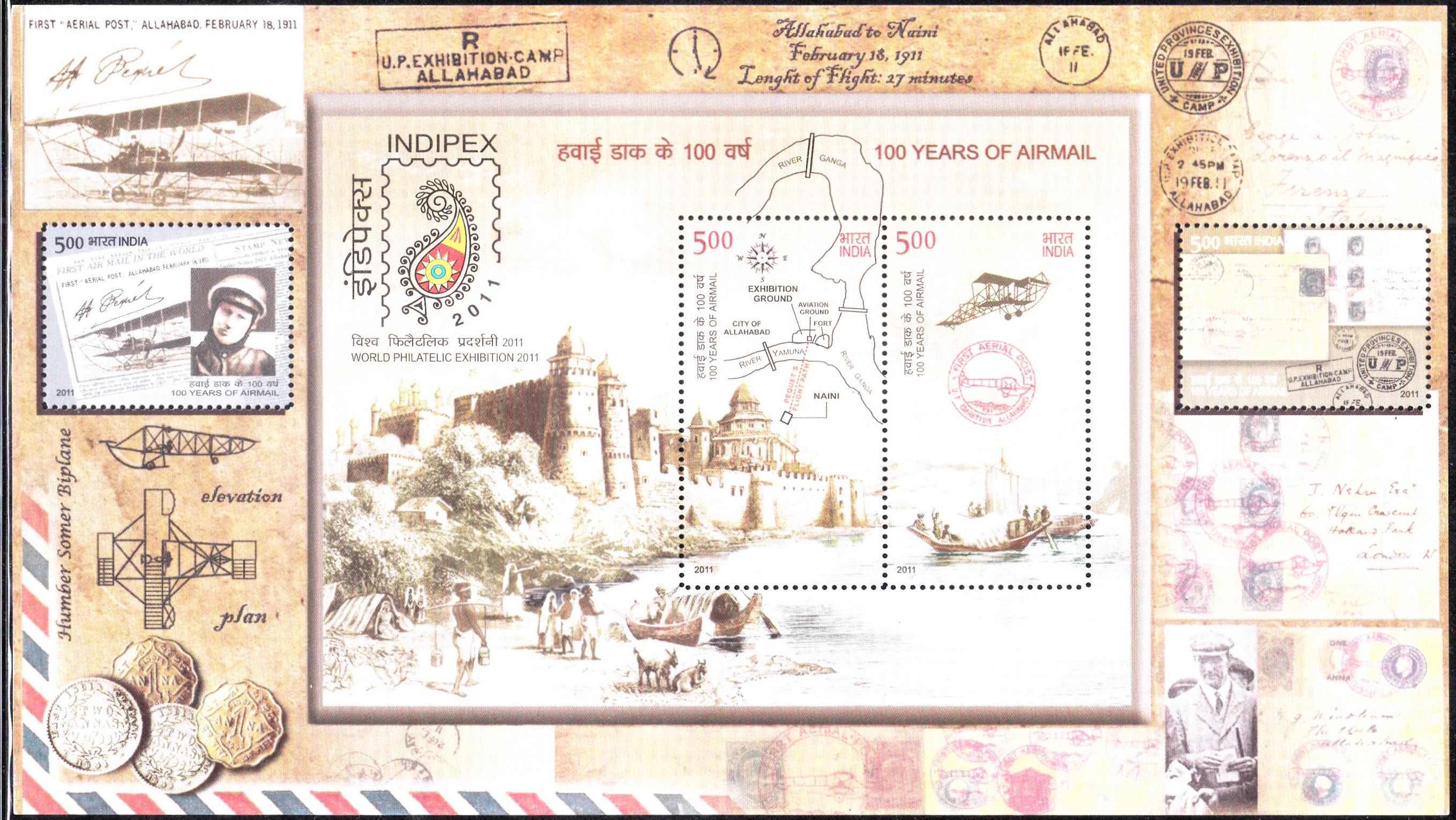 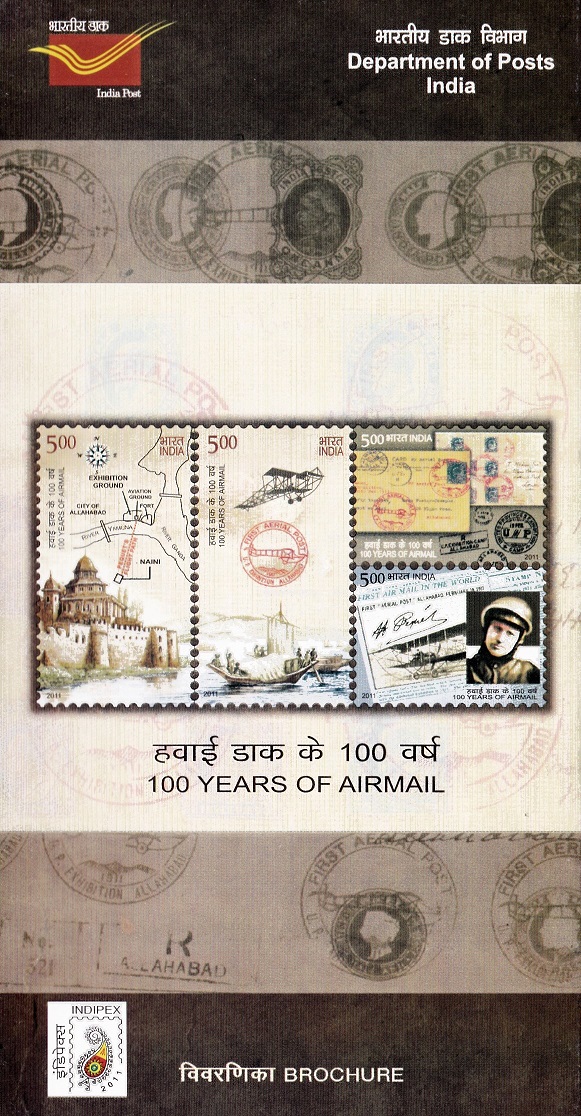 Issued for : Now through the set of four stamps, First Day Cover and Minisheet on 100 Years of Airmail Service, the Department attempts to recreate the history of the first flight over the river Yamuna sharing the flight path along with the plane and the pilot. In the background is Allahabad Fort. On the First Day Cover, a collage of some stamps issued in the past has been shown.