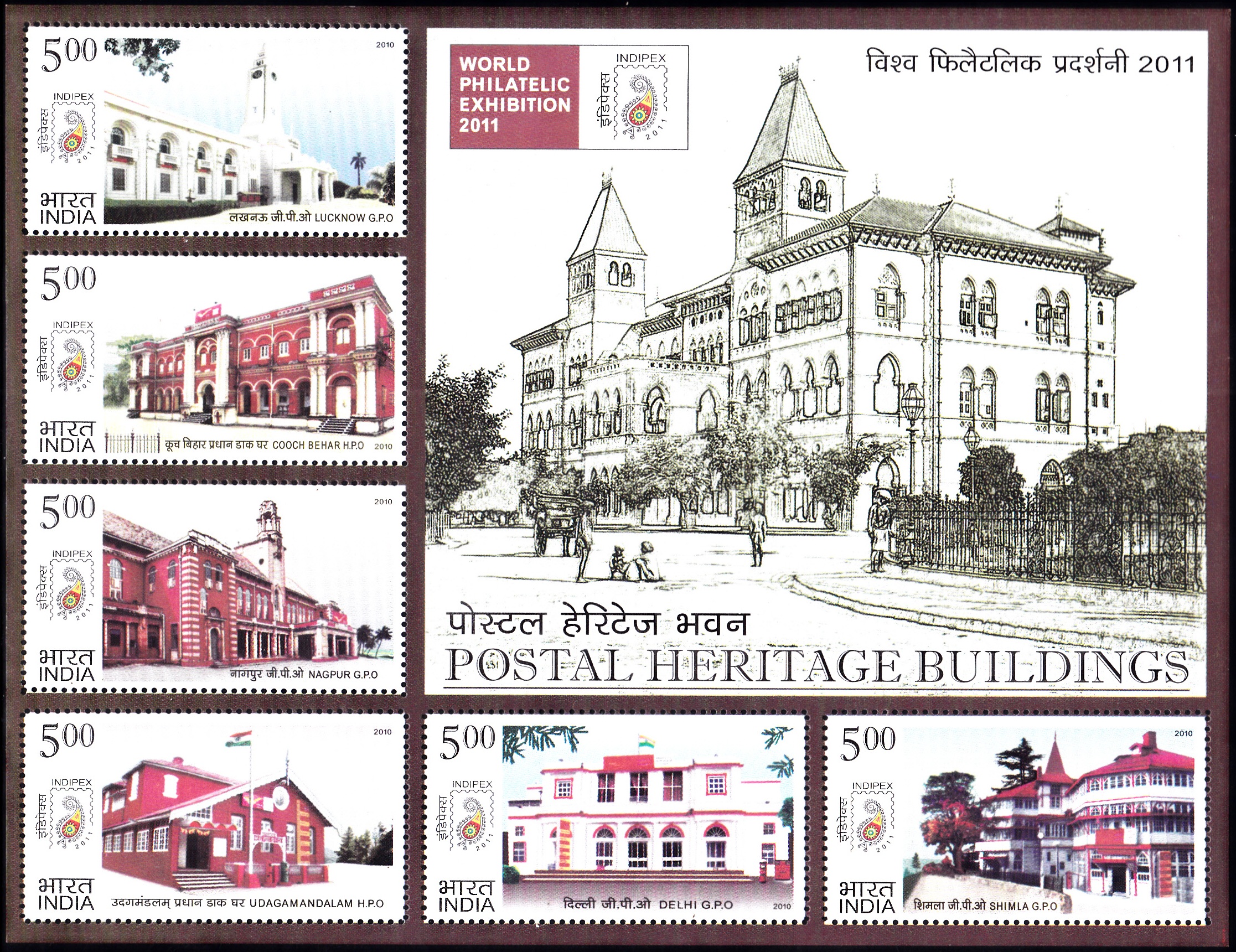 Issued for : India Post is happy to issue this set on postal heritage buildings as a precursor to INDIPEX-2011.