Complete set of 3 nos. of commemorative postage stamp on the 10th Anniversary of the RCD : 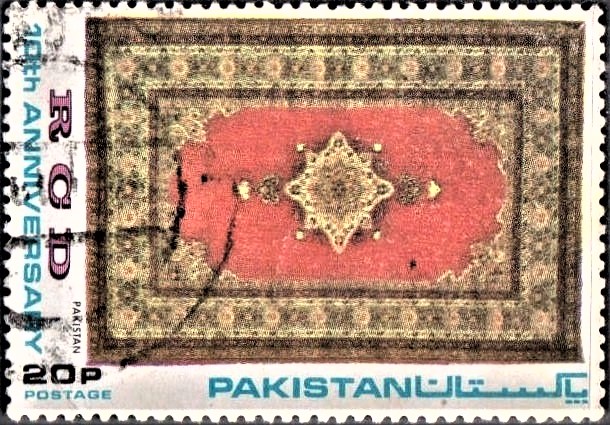 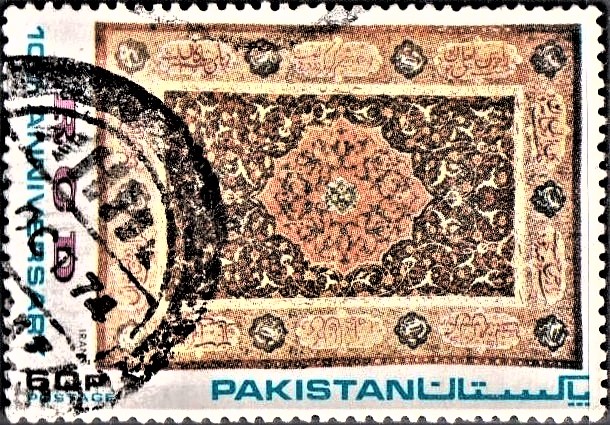 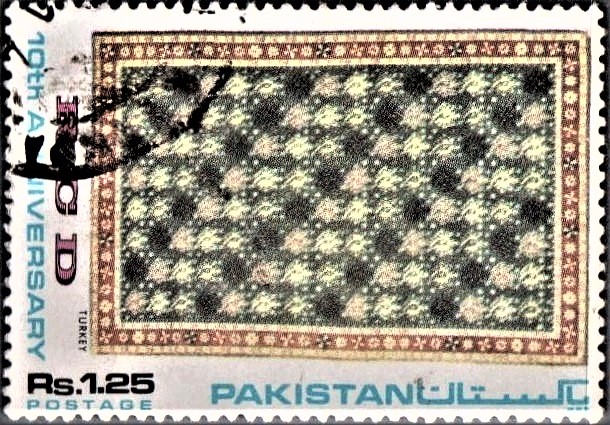 Issued for : To mark the 10th Anniversary of the establishment of the Regional Co-operation for Development, Pakistan alongwith the other two member countries, is issuing a set of three Commemorative Postage Stamps of 20 Paisa, 60 Paisa and Rs. 1.25 denominations on 21-7-1974. The subject chosen for this year is “Selected Carpets” of the three countries. The following is the brief description of the subject of each stamp :

PAKISTAN
The format depicts a classical example of Persian design carpet made in Lahore, which is called “Kashan” design in Iran and “Chand Chauthai” in Pakistan. Its density is 200 knots per square inch and is made of locally spun carpet wool yarn produced in Pakistan and dyed fast with chrome dyes. The size of the carpet is 6 feet (182.88 cm) by 4 feet (121.92 cm).

IRAN
The design depicted is of Medallion and Arabesque carpet, enriched with metal thread. It is of late 16th century collection of Ali Ibrahim Pasha, at Tabriz, Iran.

TURKEY
The stamp depicts an Anatolian carpet of 15th century having a dragon motif, from the collection of Yusuf Durul. The size of the carpet which is placed in Islamic Works Museum Istanbul is 84 cm by 53 cm.

The original carpet has Gordes knots. There are 900 knots (30 knots vertical and 30 knots horizontal) in a space of 10 square centimeters. The warps are double twisted white yarn and the wefts are twisted pink yarn. Double warps have been used after each knot line.

Design : Stamps are horizontal in format. Selected Carpet of each country is displayed in the rectangular space at the right side of the stamp, leaving margins at the bottom and left hand sides. The words ‘Pakistan‘ in Urdu and English appear in the bottom at the right side, while the letters “R.C.D.” in bold pink appear on the left hand strip in the centre with the words ’10th Anniversary’ along the left extremity of the stamp.

The 20-Paisa denomination stamp displays a Pakistani Carpet, while 60-Paisa and Rs. 1.25 denominations depict Irani and Turkish carpets respectively. The name of country appear along the lower left edge of the carpet.

Quantity printed : 5,00,000 stamps each for Pakistan, Iran and Turkey