A Sheetlet consisting of 12 nos. of commemorative postage stamp on the eve of Happy New Year showing Indian handicrafts, sculpture and architecture : 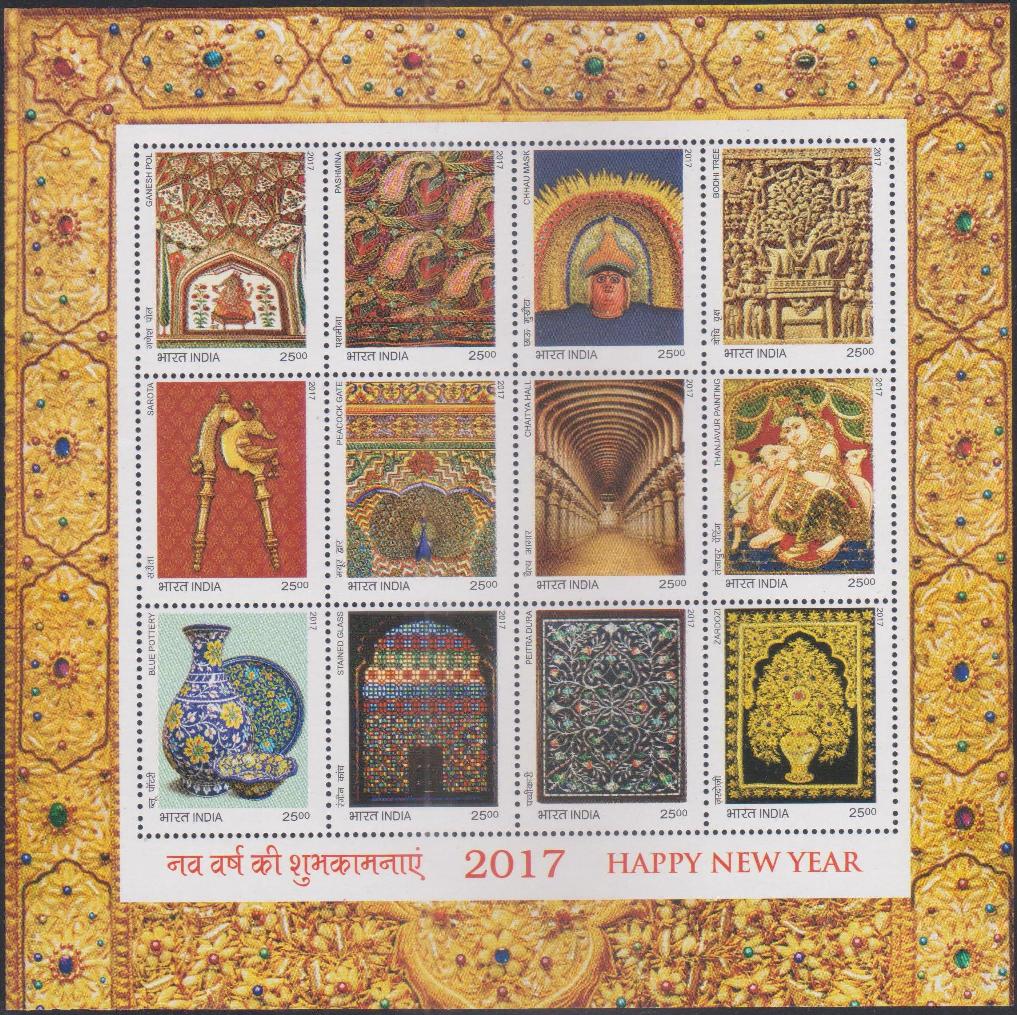 Issued for : Department of Posts is pleased to issue a set of 12 stamps on the occasion of New Year.