Complete set of 3 nos. of commemorative postage stamp on the 11th Anniversary of the RCD : 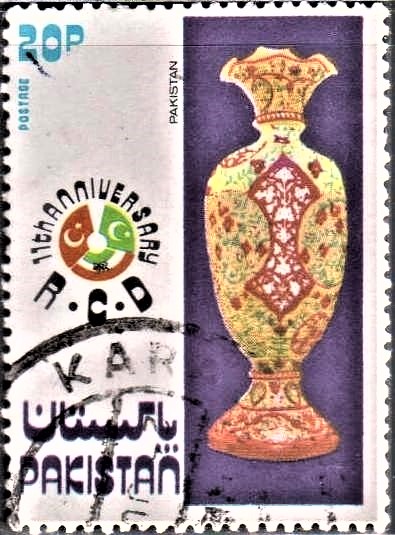 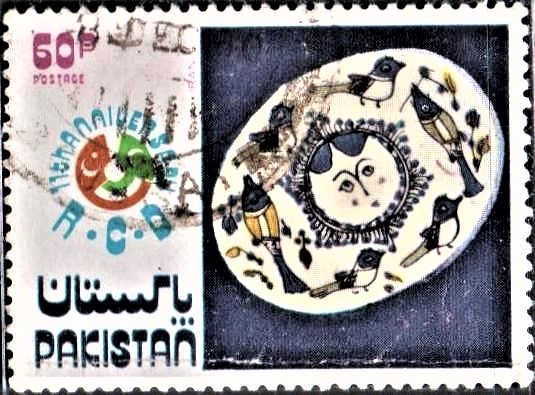 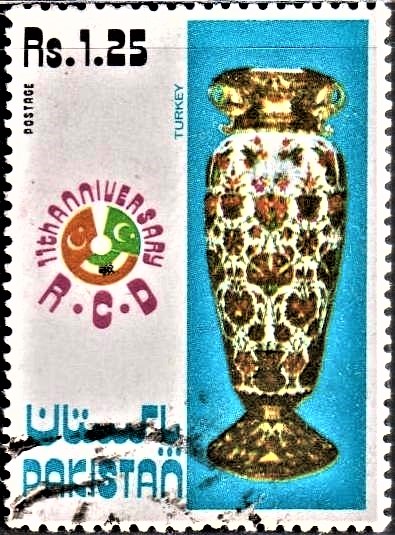 Design : To mark the 11th Anniversary on 21 July, 1975, of the establishment of the Regional Co-operation for Development, (R.C.D.) Pakistan, alongwith other two member-countries, is issuing a set of three Commemorative Postage stamps. The subject of three stamps is “Handicrafts” of the three countries.

Design : Handicraft is the theme for the issue. A beautiful porcelain vase from Turkey and a highly decorated camel skin vase from Pakistan are depicted respectively against blue and magenta colour panels at the right hand side of the vertical stamp, a beautiful white Tile from Iran is depicted in the horizontal stamp against Ultra Marine background. The “RCD” insignia appears in the centre of left hand portion of the stamp surrounded by the lettering “11th Anniversary RCD” which is red for Turkey, blue for Iran and Magenta for Pakistan. “Pakistan” in Urdu and English together appear at the bottom of the left hand portion of the stamps in Cyan, Ultra Marine and Magenta colour respectively for the Turkish, Iranian and Pakistani object. The denomination figures “Rs. 1.25, 60-Paisa and 20-Paisa” with the word ‘postage’ underneath appear at the top left corner of the stamps. Name of the country to which the object belongs is shown in small character along side the left edge of the panel.

Quantity printed : 5,00,000 for each denominations