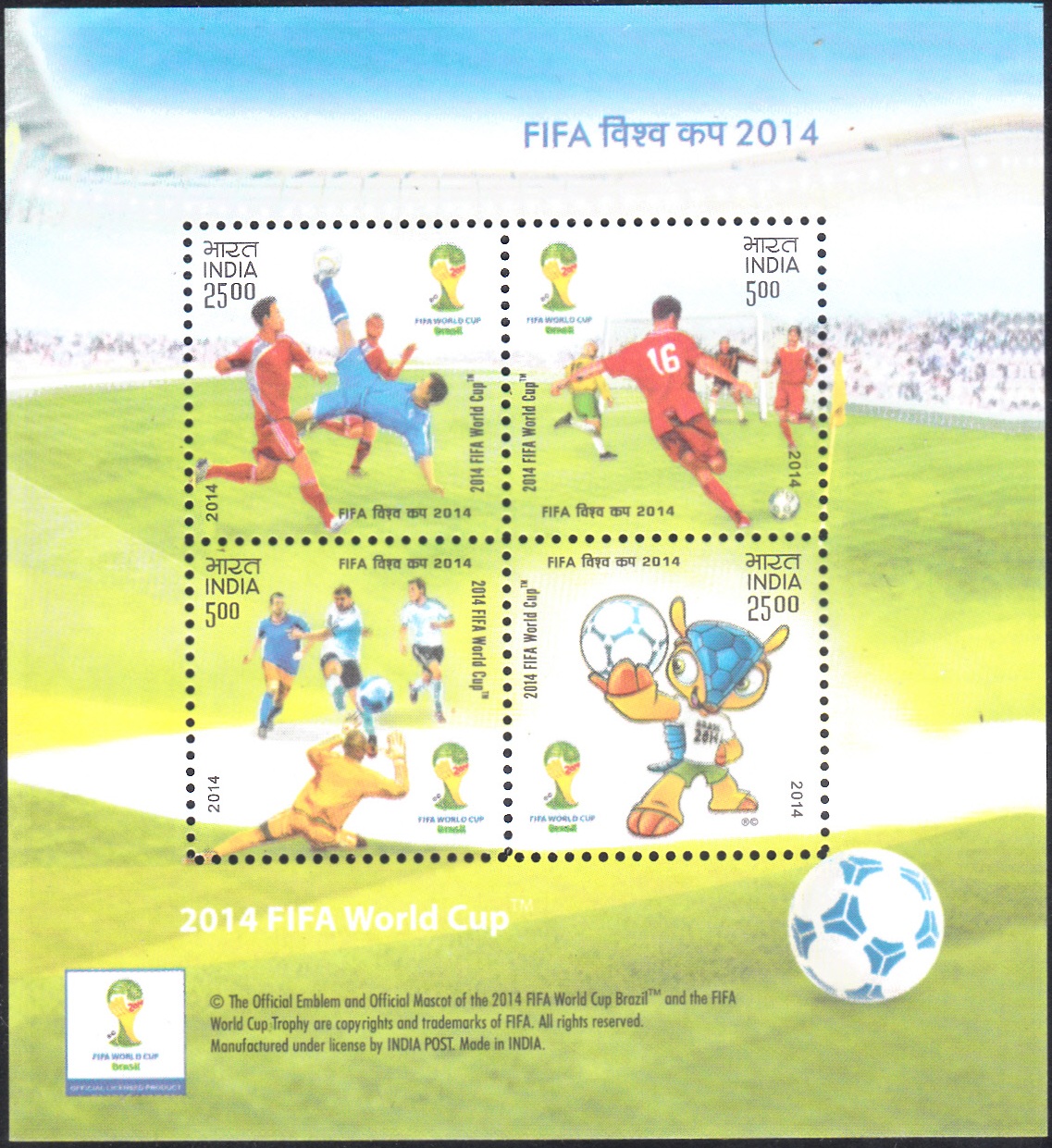 Issued for : To mark the occasion, India Post is releasing a set of four stamps and a miniature sheet depicting action on the field and the mascot Fuelco on the day of the opening ceremony of the 2014 FIFA World Cup. The stamps are an apt tribute to the football lovers in India and the world.