A miniature sheet consisting of 3 nos of commemorative postage stamps on the 200 years of the Calcutta Museum (Zadughar) : 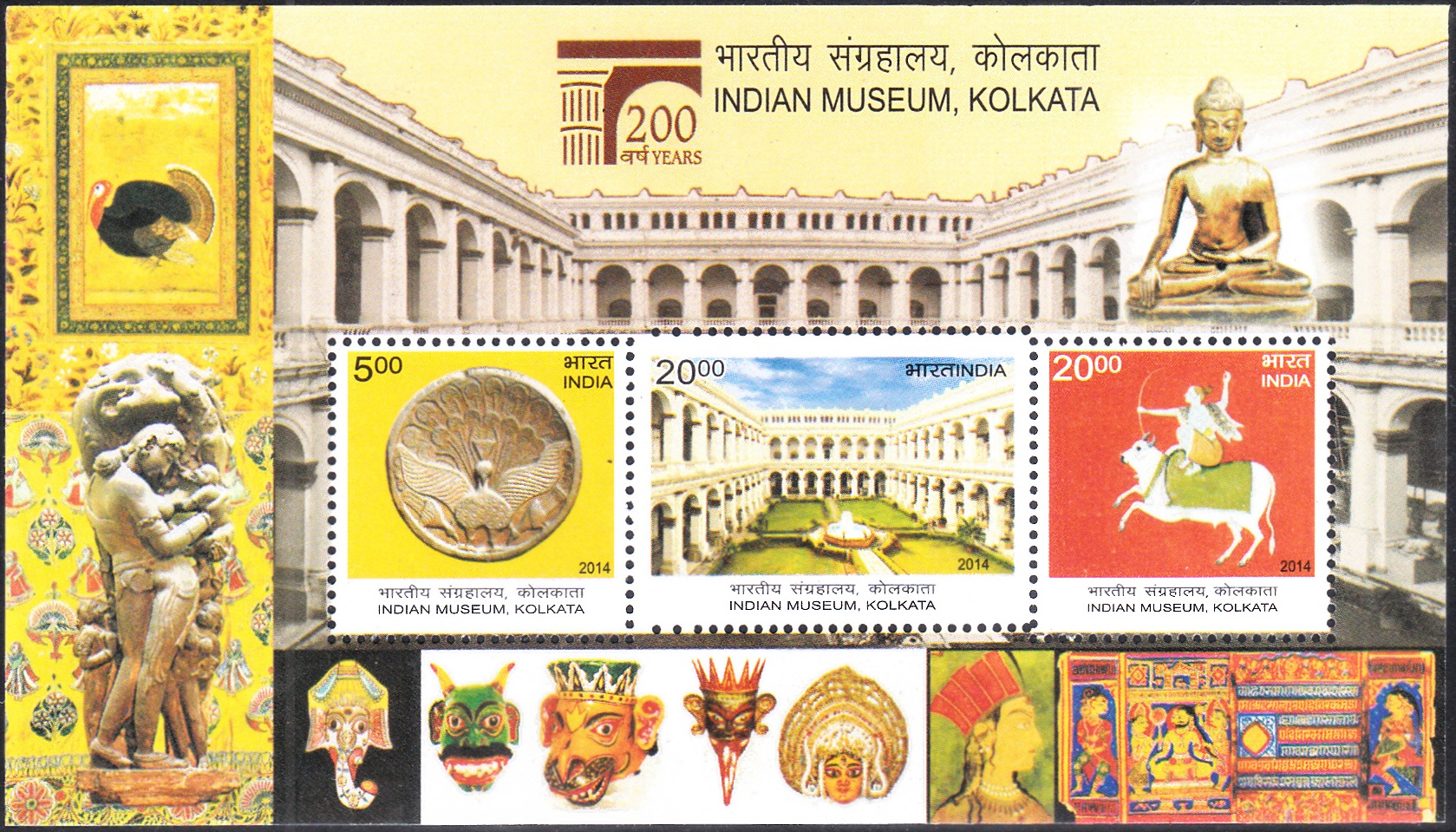 Issued for : Department of Posts is happy to release a Souvenir Sheet comprising of three Commemorative Postage Stamps on Indian Museum, Kolkata.