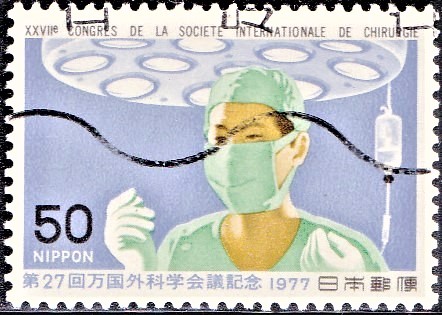 Issued for : A postage stamp was issued to commemorate the 27th Congress of the International Society of Surgery which was held in Kyoto from September 3 to 8, 1977. This International Society was founded in Brussels, Belgium in 1902. At this Congress about 3,000 members from 65 countries were expected to be present.

Design : A surgeon in operation–room