A commemorative postage stamp on the Centenary of the Education for the Handicapped in Japan : 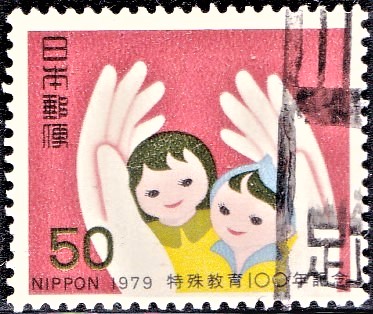 Issued for : To commemorate the centenary of special education, the national assembly for the special education development of Japan was held in Tokyo on February 16th 1979, and on its occasion a special postage stamp was issued. Now in Japan, about 200,000 children and pupils are going to school for blinds, deaf-mute and infirms.