A commemorative postage stamp on the Death Centenary of Abraham Lincoln, 16th President of the United States of America (1861-65) : 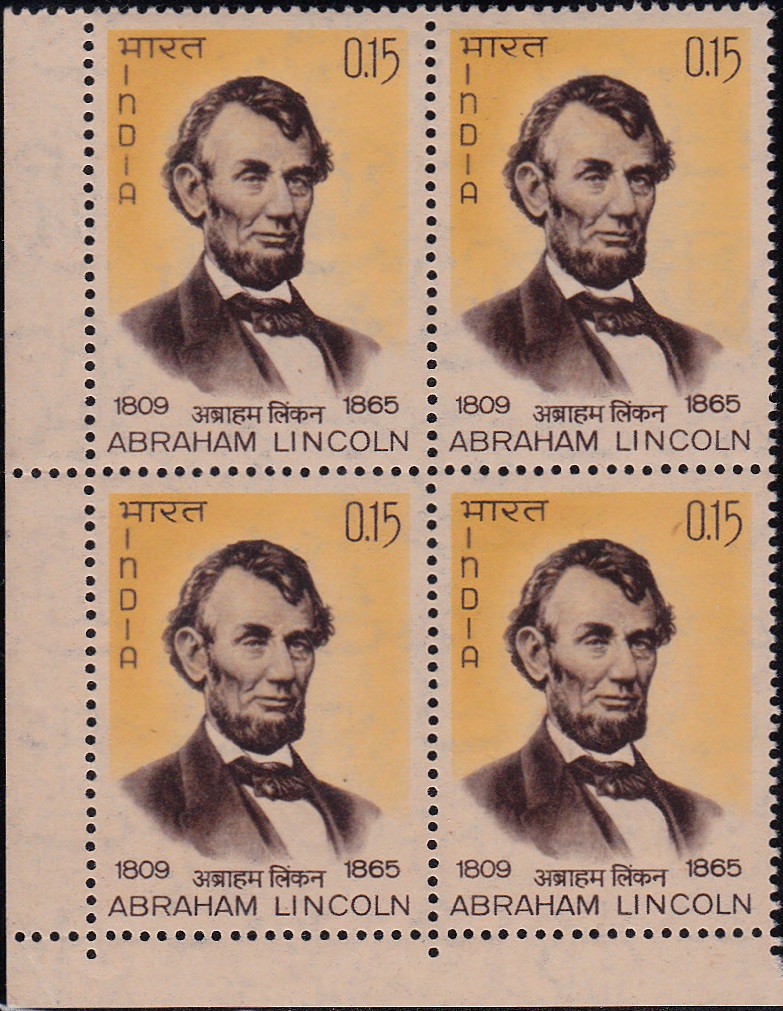 Issued for : 15th April 1965 marked the one hundredth anniversary of the death of Abraham Lincoln and on this occasion the Indian Posts and Telegraphs Department takes the opportunity of paying homage to the memory of one of the world’s greatest humanitarians and champions of liberty.