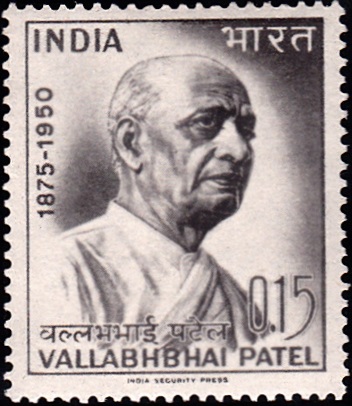 Issued for : The Indian Posts and Telegraphs Department feels honoured to issue a special commemorative stamp on October 31, 1965, on which day the nation will observe the nineteenth anniversary of Sardar Vallabhbhai Patel.