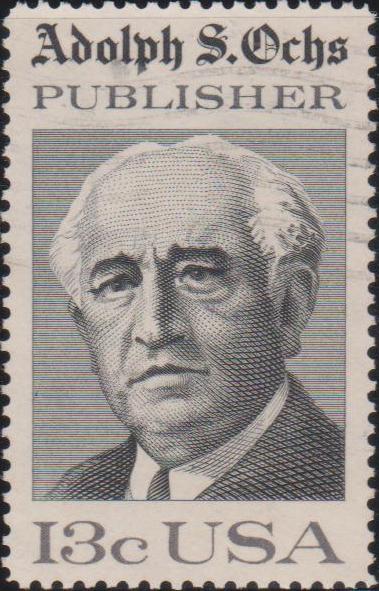 Design : The U.S. 13¢ stamp commemorating Ochs was issued eight decades after his acquisition of the Times. The design by Bradbury Thompson of Riverside, Connecticut, is based on a portrait of Ochs by S. J. Wolff. The publisher’s name is in Times-style type. First day ceremonies for the Ochs commemorative were held in New York City where 80 years earlier Ochs had taken controlling ownership of the New York Times.