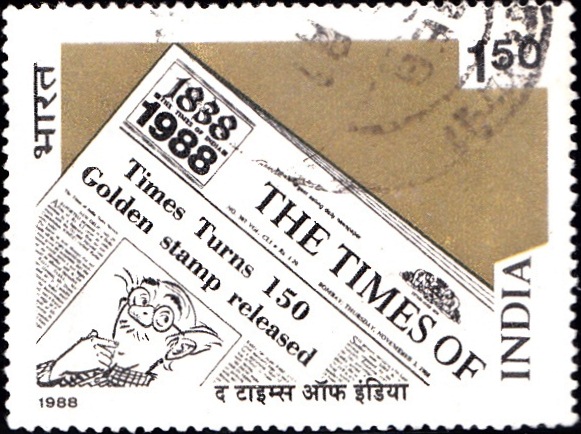 Issued for : There are not many newspapers in the world that have survived for 150 years, and when one does, there is cause to celebrate. On the sesquicentenary of The Times of India, the only national newspaper to have reached that landmark in India, the Department of Posts issues a golden commemorative stamp.

Description of Designs : The Rs. 1.50 stamp by India Security Press, Nashik Road has been designed by Shri Aman Nath. The first day cover design has been prepared by Shri Vivek Dutta Gupta. The cancellation is by Smt. Alka Sharma.