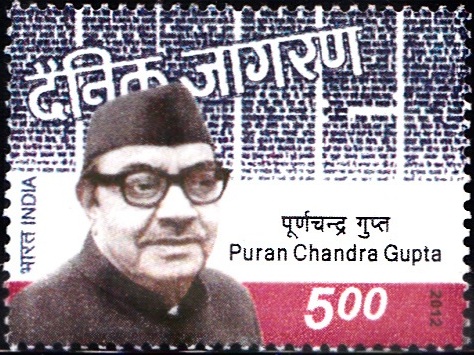 Issued for : Dainik Jagran is today one of the world’s most widely read newspapers, and a living tribute to Puran Chandra Gupta’s ideals and his grasp of the common man’s aspirations. The Department of Posts pays homage to this visionary journalist with the issue of a commemorative postage stamp.