A Miniature Sheet consisting of 2 nos of commemorative postage stamps on the 30th Anniversary of the Aga Khan Foundation in India : 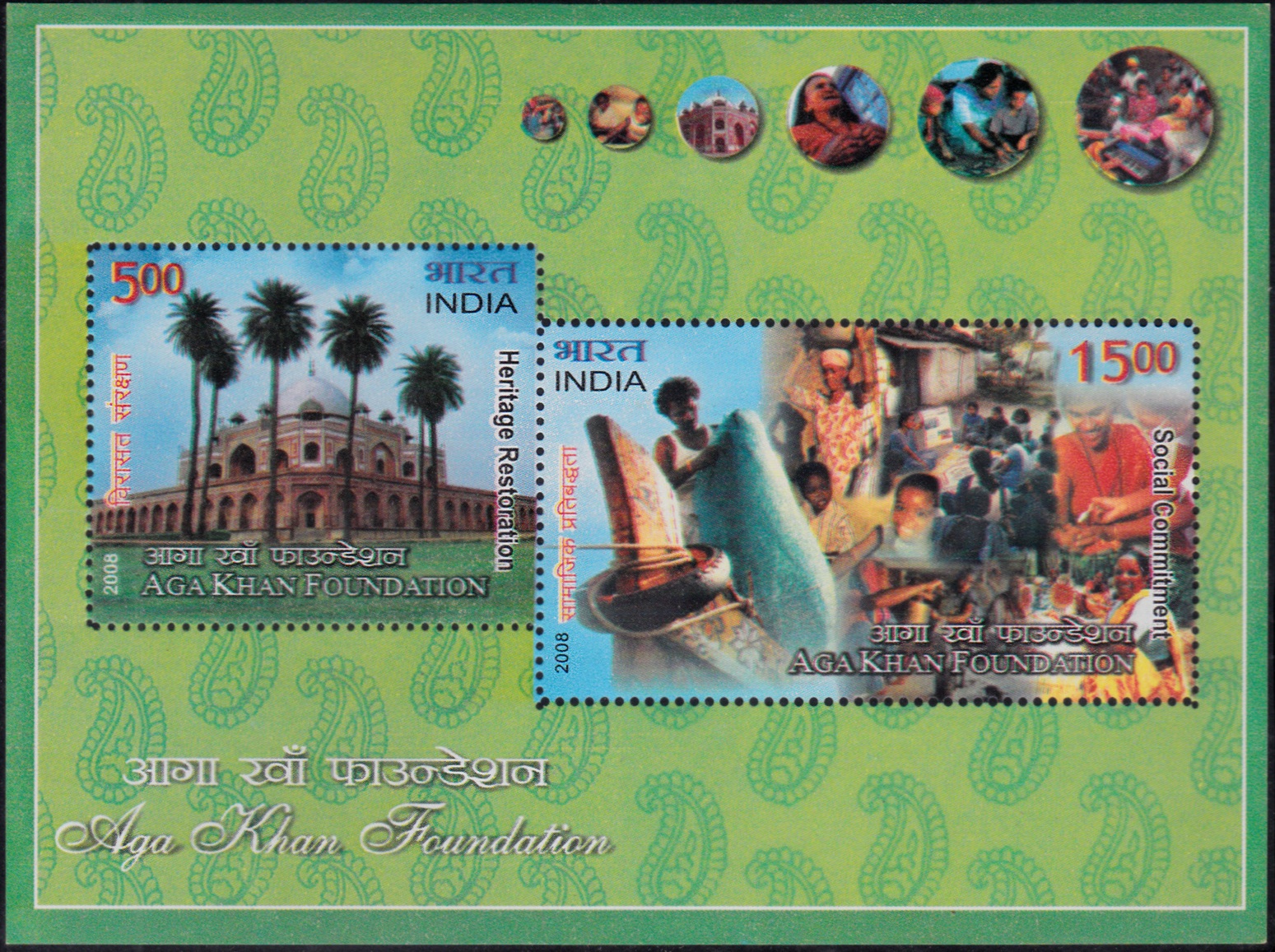 Issued for : The Aga Khan Foundation has completed 30 years of an extremely philanthropic and purposeful existence in India. The Department of Posts pays a tribute to its indomitable spirit in bringing out a set of two commemorative postage stamps highlighting different facets of the work of the Aga khan Development Network, namely their social commitment and their contribution to restoration of heritage and culture.