A Miniature Sheet consisting of 3 nos. of commemorative postage stamps on the Indian Festivals – Durga Puja, Dussehra and Deepavali : 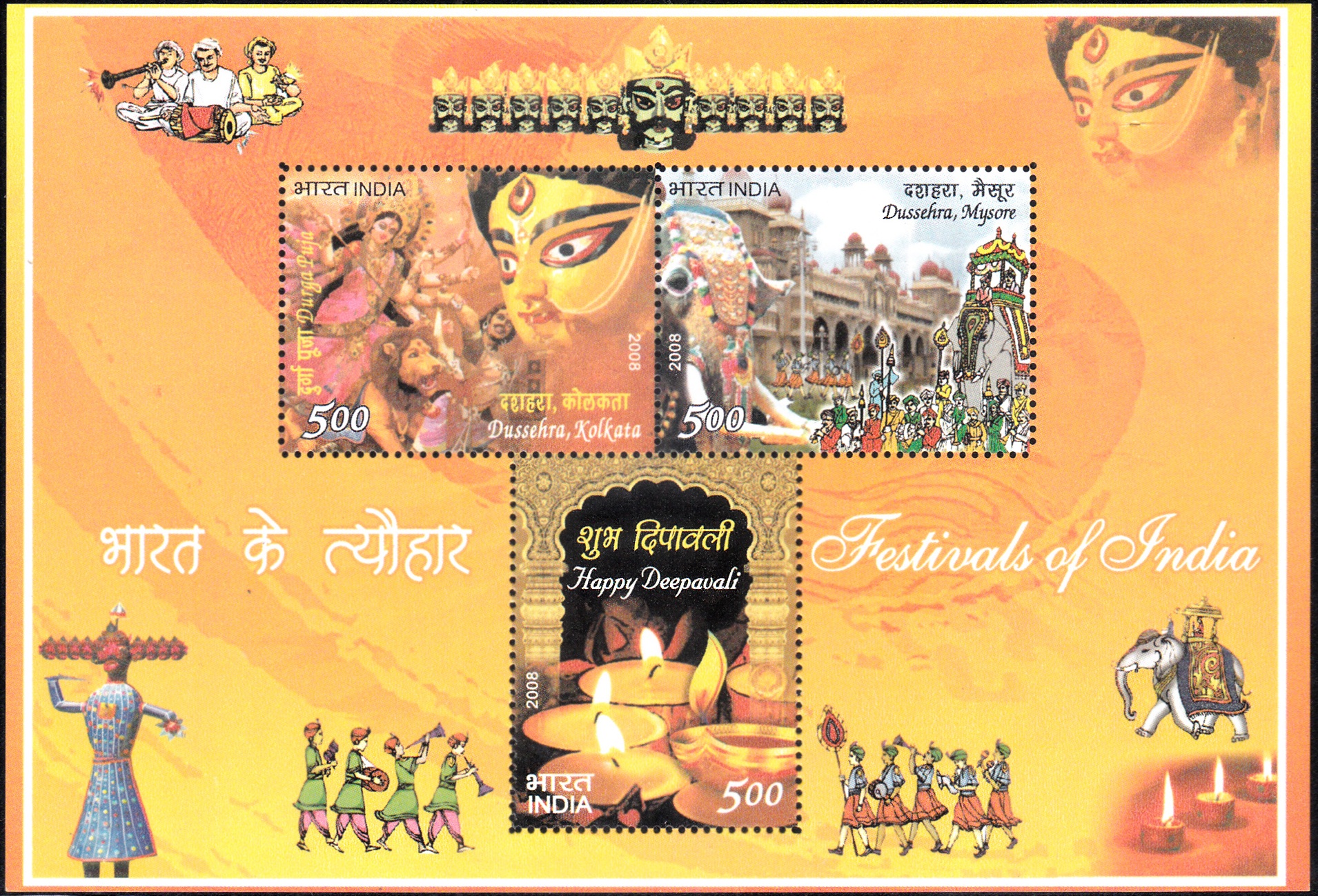 Issued for : India Post commemorates the traditions and gaiety of the festivals of India with a set of three stamps – two on Dussehra and one on Diwali.