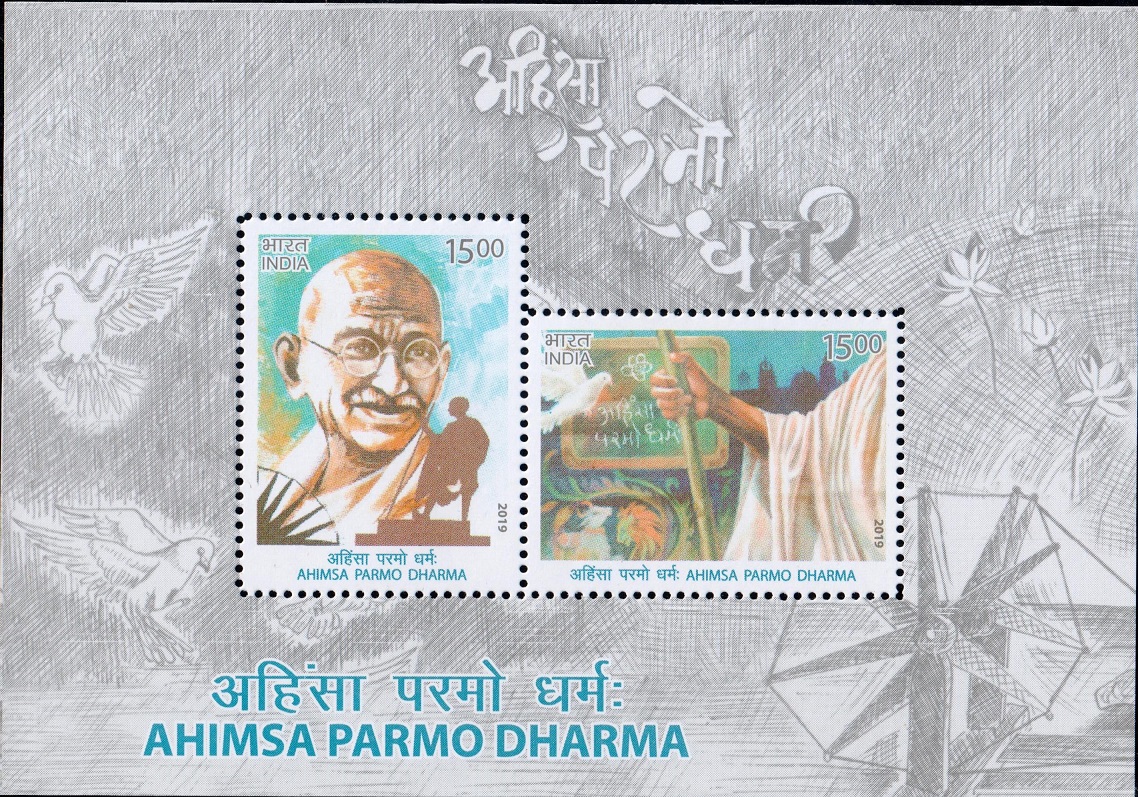 Issued for : Department of Posts is proud to issue a set of two Commemorative Postage Stamps on Ahimsa Parmo Dharma, as a tribute to Mahatma Gandhi during his 150th birth anniversary celebrations. The date of issue i.e. 17.06.2019 is based on the date of establishment of Sabarmati Ashram (i.e. 17.06.1917). The First Day Cover & Brochure depict Warli Art that adorns the walls of the Ashram.