A commemorative postage stamp on the 1st Anniversary of ‘APPLE’ (Ariane Passenger Payload Experiment) Satellite, an experimental communication satellite with a C-Band transponder launched by ISRO in 1981 : 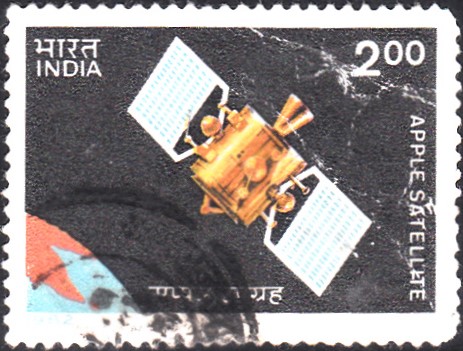 Issued for : Indian Posts and Telegraphs Department is happy to issue a commemorative stamp on the first anniversary of the launching of APPLE satellite.

Description of Designs : The stamp, designed by India Security Press, Nasik shows the Satellite in Orbit. The First Day Cover depicts an Earth Station. Cancellation has been designed by Charanjit Lal.