Complete Set of 4 nos of postage stamps on the Indian Space Programme : 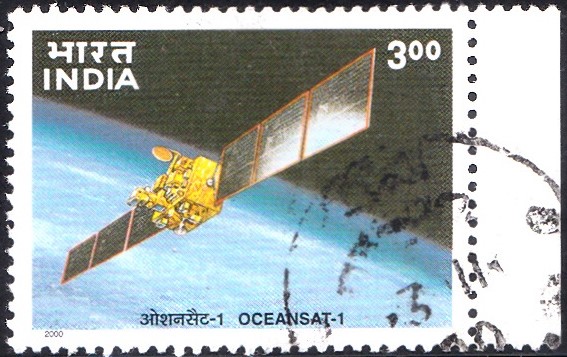 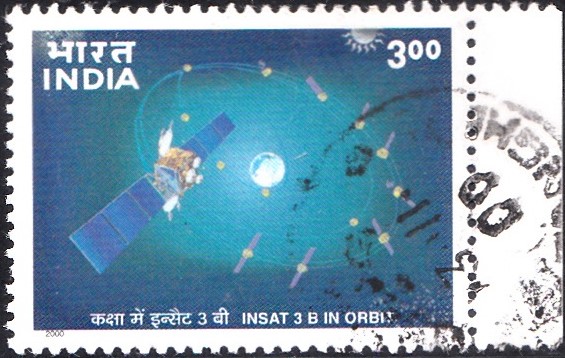 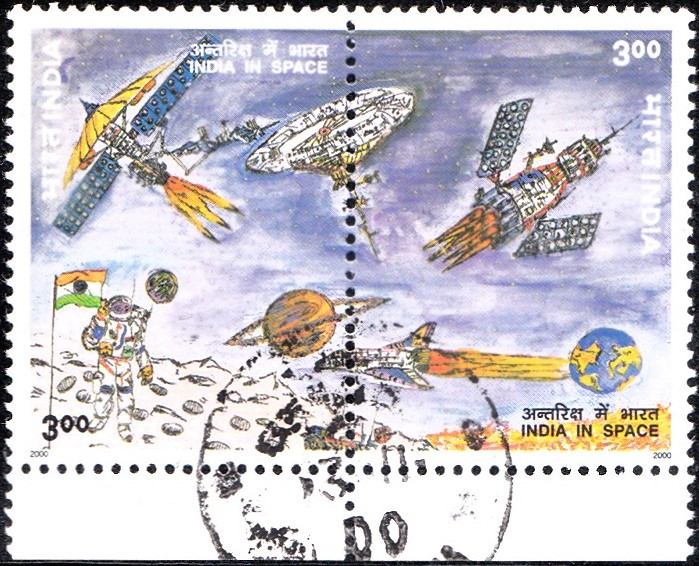 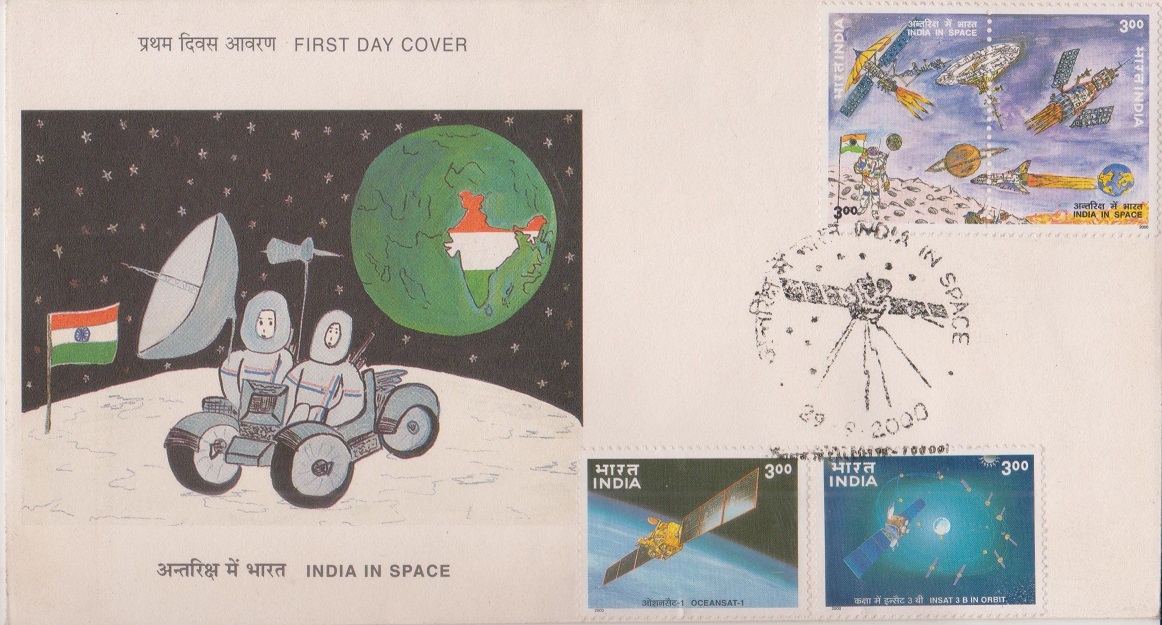 Stamp Designs : The first two stamps are on OCEANSAT-1 and INSAT-3B respectively, representing the country’s latest achievements in satellite technology. The third stamp in setenant format carries a painting by S. Praveen, winner of the 1st prize in the senior category in Stamp Design Competition for Children: 1999 on the theme ‘India in Space – 2025’, indicative of the fascination of the young mind for space exploration and the quest for knowledge about the unknown. It also brings out the yearning of the new generation to see India excelling in this advanced field of science.

The first day cover is yet another painting made for Stamp Design Competition for Children: 1999, by Parishi Miaish Yagnik, on the theme ‘India in Space – 2025’.