A commemorative postage stamp on Arati Saha, an Indian long distance swimmer and first Asian woman to swim across the English Channel : 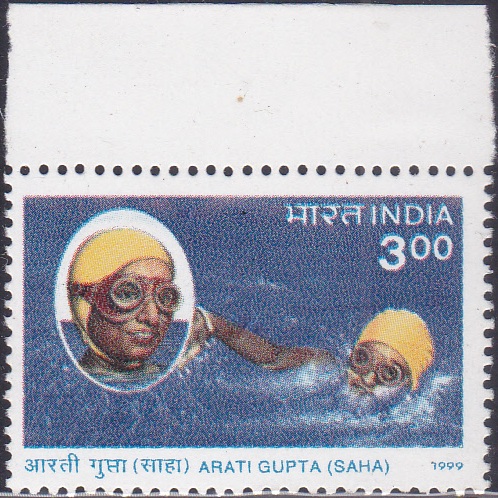 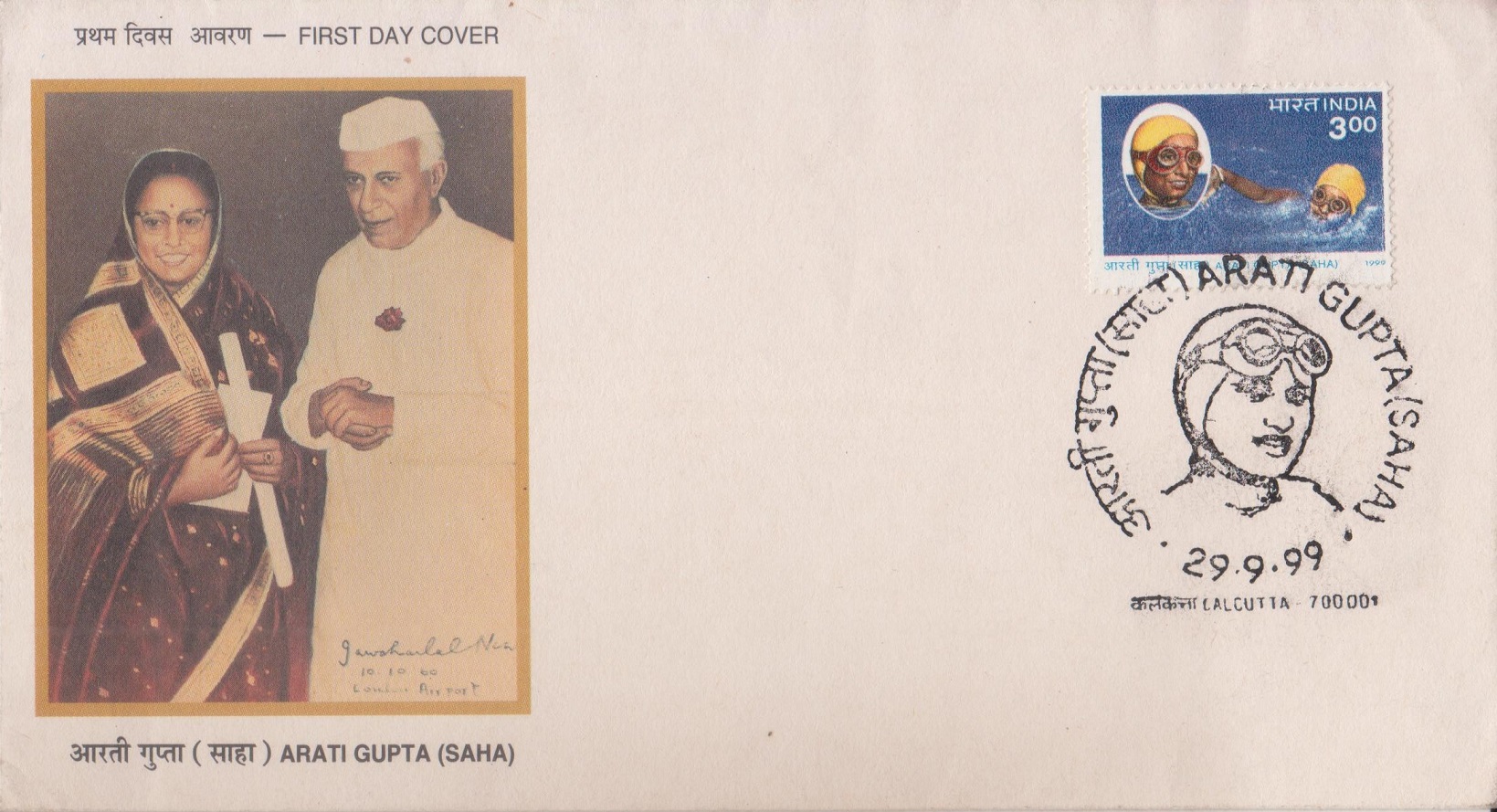 Issued for : The Department of Posts, has over the years, commemorated the contribution of Indian women in various spheres, the struggle for independence, the social reform movement, the political field, education and other areas of nation building. In 1998, a special stamp was issued to commemorate the contribution of Indian women in the field of space technology and aviation. Through the stamp being issued today to commemorate the memory of Arati Gupta (Saha), one of the pioneering figures in women’s Aquatics, the achievements of outstanding Indian women in the field of sports is highlighted.