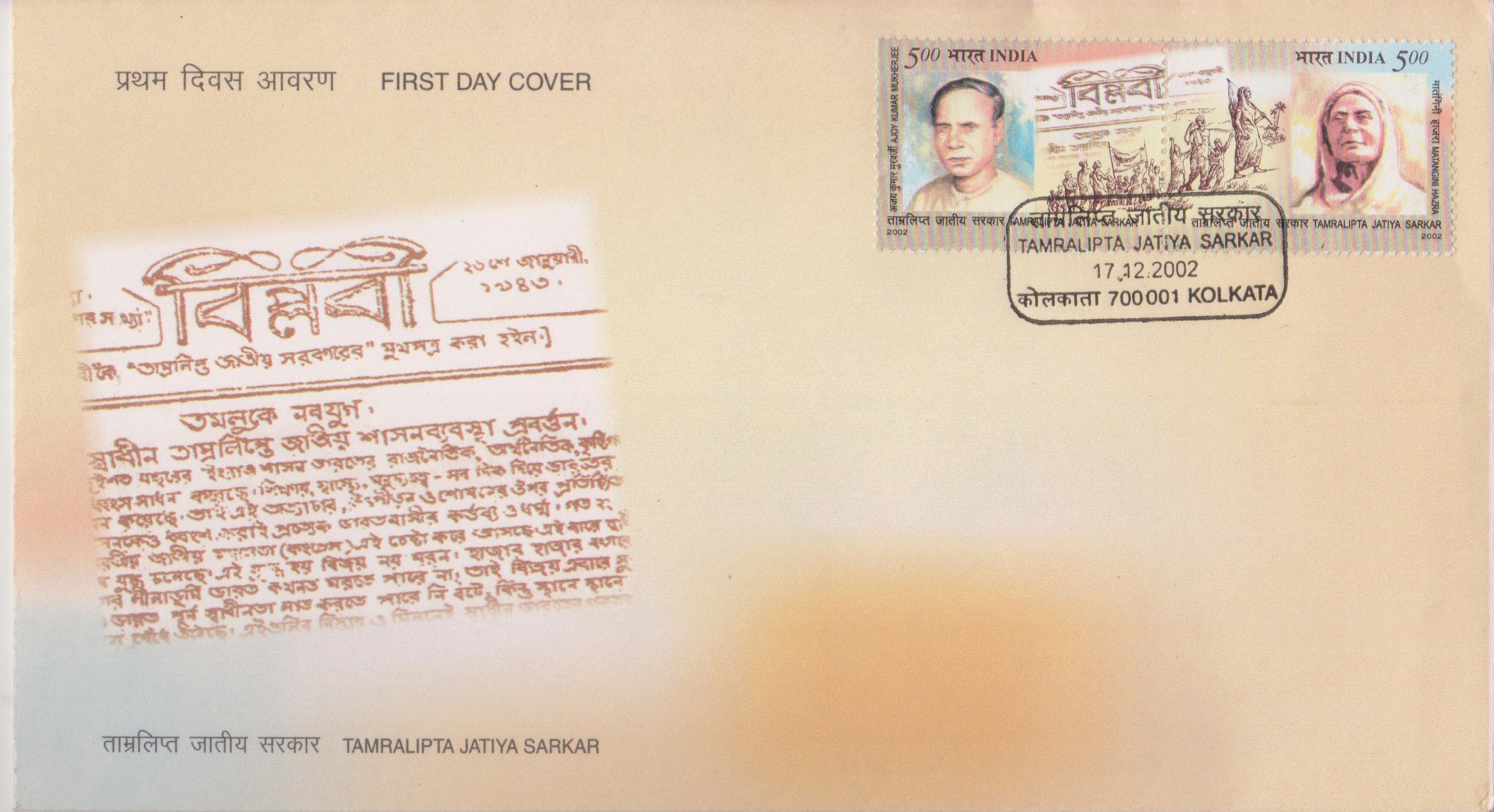 Issued for : The Department of Posts is happy to honour Ajoy Kumar Mukherjee and Matangini Hazra with the issue of these commemorative postage stamps, in a setenant.

Design : The design, apart from portraits of the personalities, also carries images of the struggle and a picture of ‘Biplabi’, the newspaper published by the revolutionaries of Tamluk.

Number of stamps per sheet : 14 Setenant