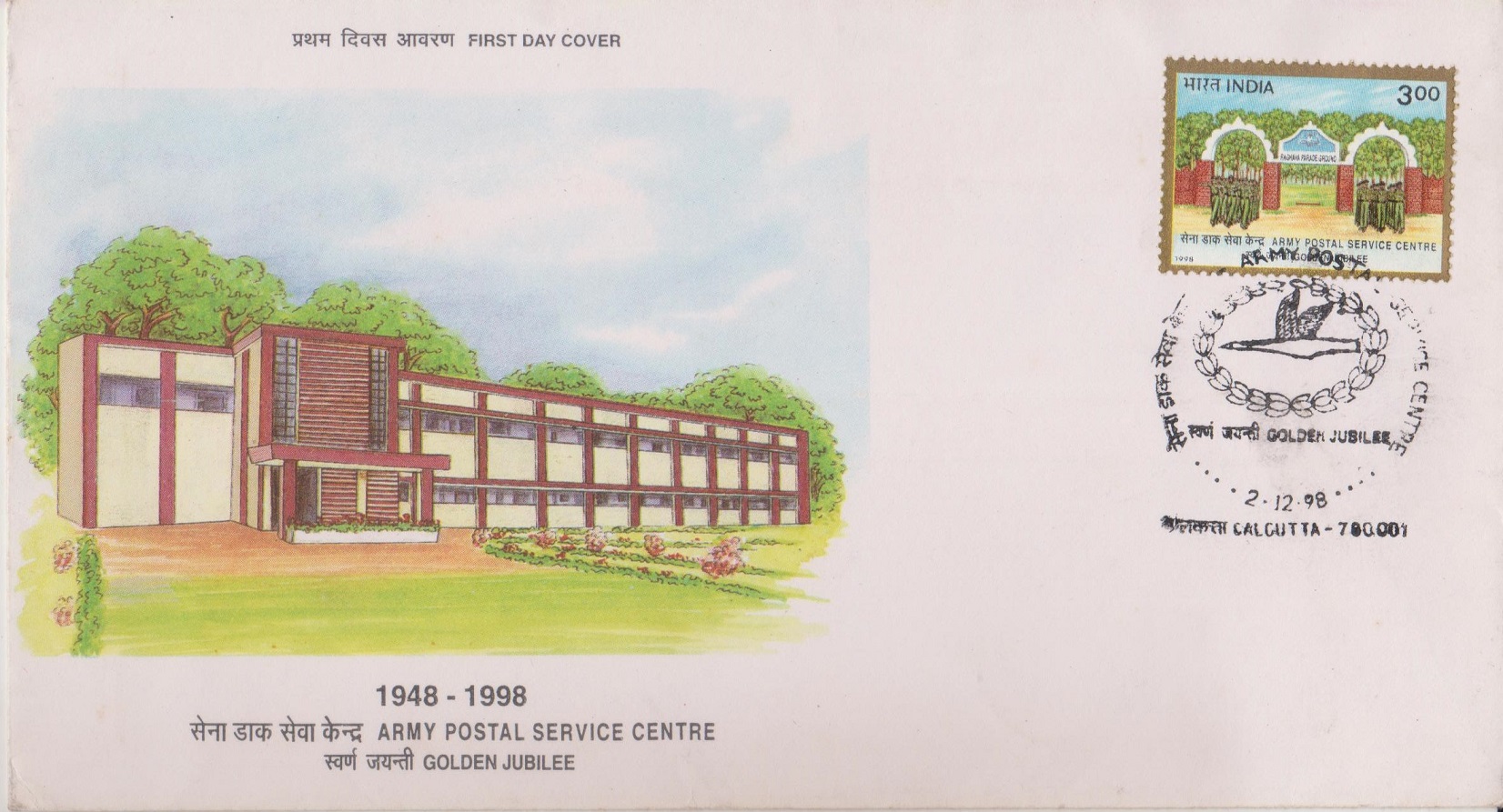 Issued for : The Department of Posts is happy to issue this special postage stamp to mark the golden jubilee celebrations of Army Postal Service Centre.