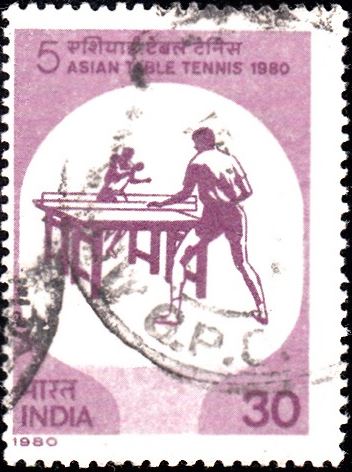 Issued for : The Indian Posts and Telegraphs Department is happy to commemorate the occasion with a special stamp.

Description of Design : The stamp and the first day cover depict the table tennis game in progress. The design of the cancellation includes the graphic presentation of table tennis player as well as the inscription in Hindi and English.