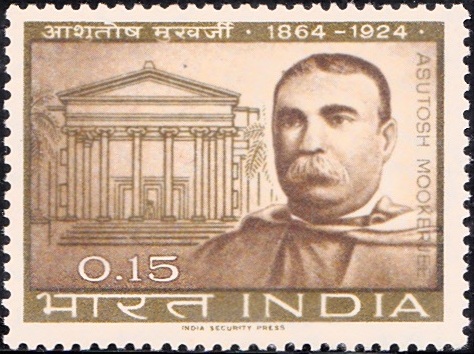 Issued for : On the 29th June, 1964, which is the birth centenary of Dr. Asutosh Mookerjee, the P & T Department considers it a privilege to honour by the issue of a special commemorative stamp of a great lawyer, a great judge and above all a great educationist.

Watermark : All over Multiple Lion Capital of Asoka