A commemorative postage stamp on Dadabhoy Naoroji, the Grand Old Man of India, first Asian to be a British Member of Parliament (MP) : 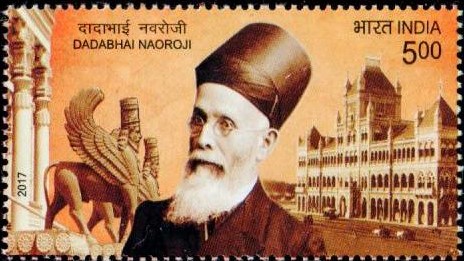 Issued for : Department of Posts is pleased to issue a Commemorative Postage Stamp on Dadabhai Naoroji. The stamp also depicts Udvada Atash Behram Fire Temple and Elphinstone College. The Fire temple in Udvada is one of the eight fire temples (holy place of worship) of the Zoroastrian religion in the country and the oldest fire temples in India, dating back to the 8th century, and represents the historical cultural and religious links with ancient Persia. This temple also symbolizes the contribution of Dadabhai Naoroji in spreading the message of Zoroastrian concepts and promoting social reforms in the Parsi Community. The temple attracts Zoroastrian pilgrims from all parts of India and from around the world.