Complete Set of 2 nos of commemorative postage stamp on the International Year for the World’s Indigenous People : Albert Namatjira and his Watercolor Paintings : 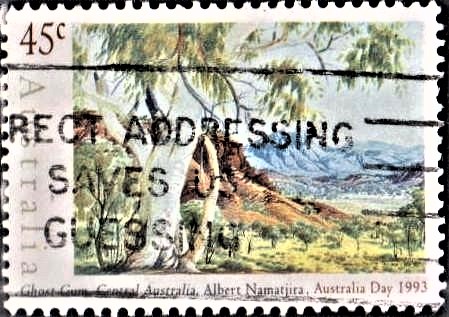 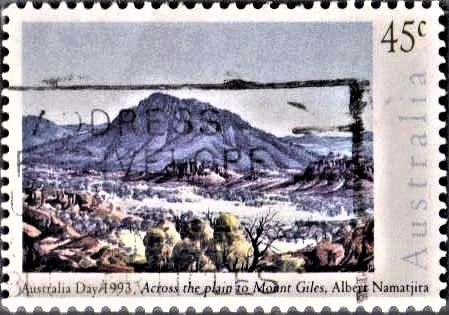 Designer : Albert Namatjira is one of Australia‘s best-known artists. During his lifetime he painted some 2000 pictures, founding a school of painting that still continues among his relatives and other Aranda people. Two landscapes by Namatjira were reproduced for Australia Day 1993, the International Year for the World’s Indigenous People. Coincidentally, the stamps were issued at the same time as an important exhibition of Hermannsburg art, entitled The Heritage of Namatjira began at the major galleries of Australia. The exhibition is the first serious step of the Hermannsburg watercolour movement and Namatjira as the pioneer artist.

Died on Aug 8, 1959 at near Alice Springs, Northern Territory, Australia