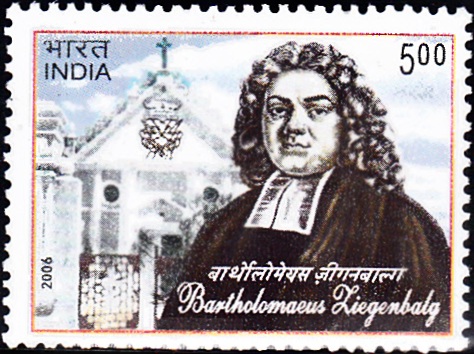 Issued for : The Department of Posts is pleased to issue a postage stamp on the great German Missionary, Bartholomaeus Ziegenbalg to commemorate 300th anniversary of his arrival in India.