A commemorative postage stamp on ‘Apostle to the Far East‘ Saint Francis Xavier, a Navarrese Roman Catholic missionary and a co-founder of Society of Jesus : 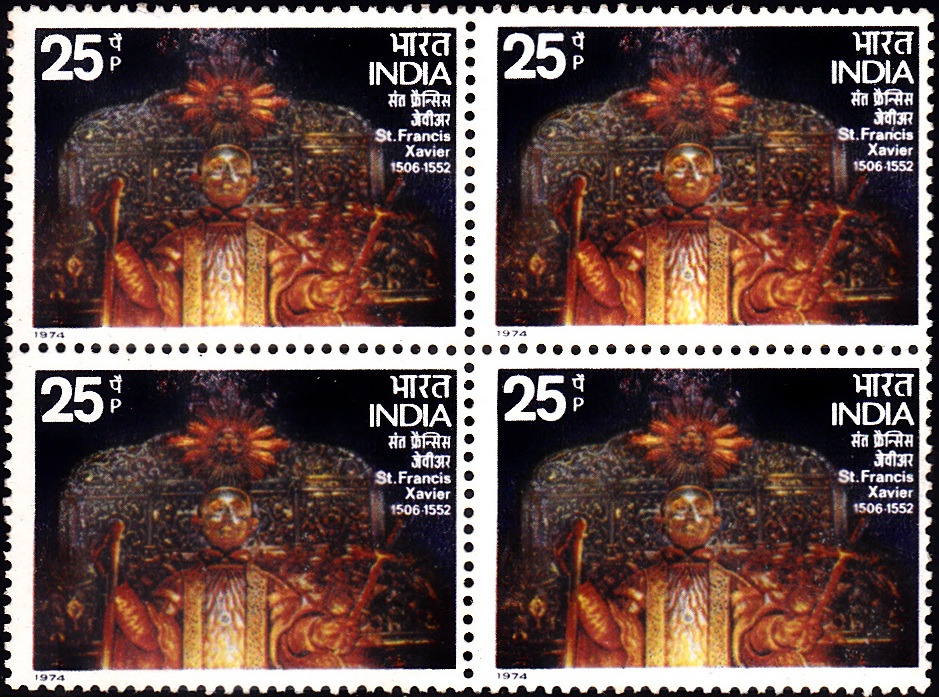 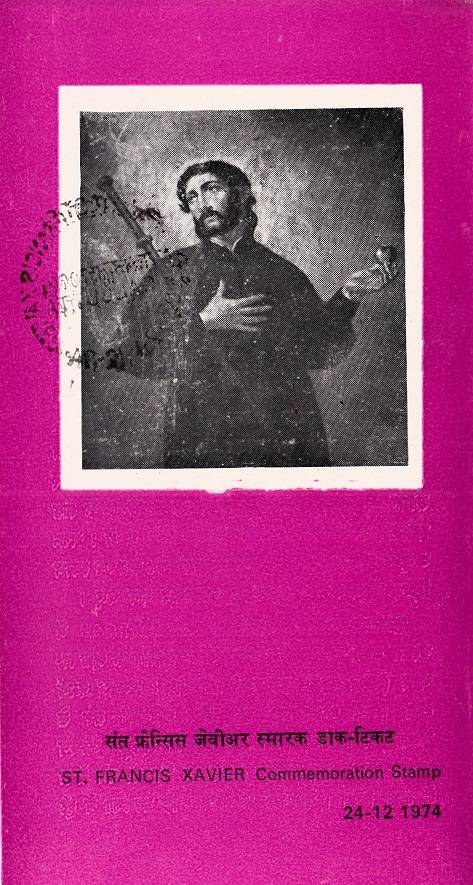 Issued for : The body of St. Francis Xavier was then exposed for public veneration since November 23, 1974 to January 5, 1975. The Posts and Telegraphs Department deem it their privilege to issue a commemorative stamp during this period in honour of this great Saint.

Description of Design : The design of the stamp shows the image of St. Francis Xavier. In the background can be seen the silver casket in which his body is interred. The colour transparency on the basis of which the design has been prepared is received by courtesy of the Taj Group of Hotels. The first day cover design shows a view of See Cathedral.