A commemorative postage stamp on the Golden Jubilee of the Bhakra Dam, a concrete gravity dam on Sutlej River in Bilaspur, Himachal Pradesh : 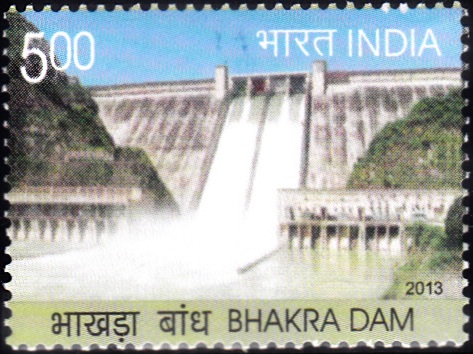 Issued for : Department of Posts had issued a Commemorative Postage Stamp on Silver Jubilee Celebrations of the dedication of Bhakra Dam in 1988. Since the dam has completed fifty glorious years in the service of the Nation, Department of Posts is acknowledging the noteworthy contribution of Bhakra Dam by releasing a Commemorative Postage Stamp on its golden jubilee celebrations.