A commemorative postage stamp on Haridasa Kanaka Dasa (1509-1609), a saint-poet from Karnataka : 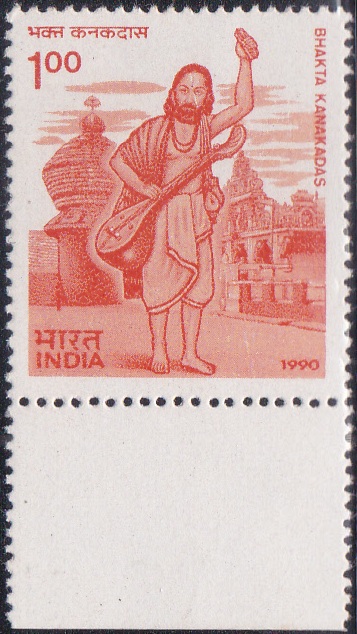 Description of Design : The stamp has been designed at the India Security Press, Nashik, based on a photograph supplied by the Govt. of Karnataka. It depicts the Saint-Poet in the fore-ground with the Udupi Temple in the background. FDC and cancellation visuals have been furnished by the Director, Kannada & Culture, Govt. of Karnataka. Cancellation design by Nenu Gupta.