A commemorative postage stamp on the 700th Birth Anniversary of Saint Namadeva maharaj, an Indian Marathi poet and a Varkari saint from Maharashtra : 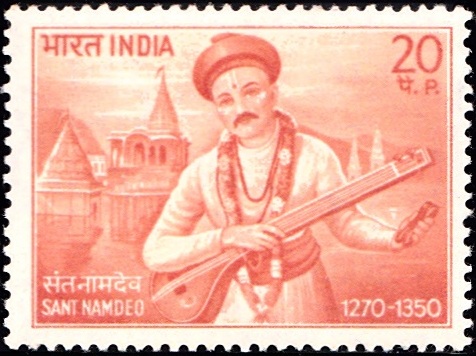 Issued for : Namdeo‘s 700th birth anniversary falls on 9th November, 1970 and the Posts and Telegraphs Department joins the Nation in honouring this great man of God by issuing a special stamp to commemorate the occasion.

Description of Design : The design of the stamp is horizontal and depicts Sant Namdeo in a devotional mood.