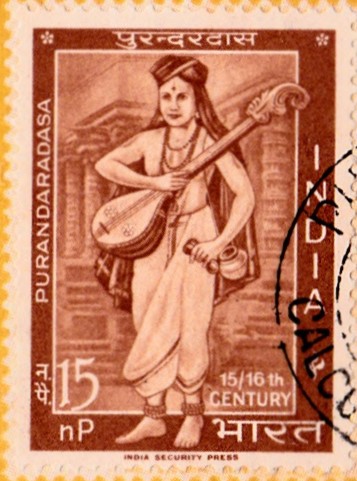 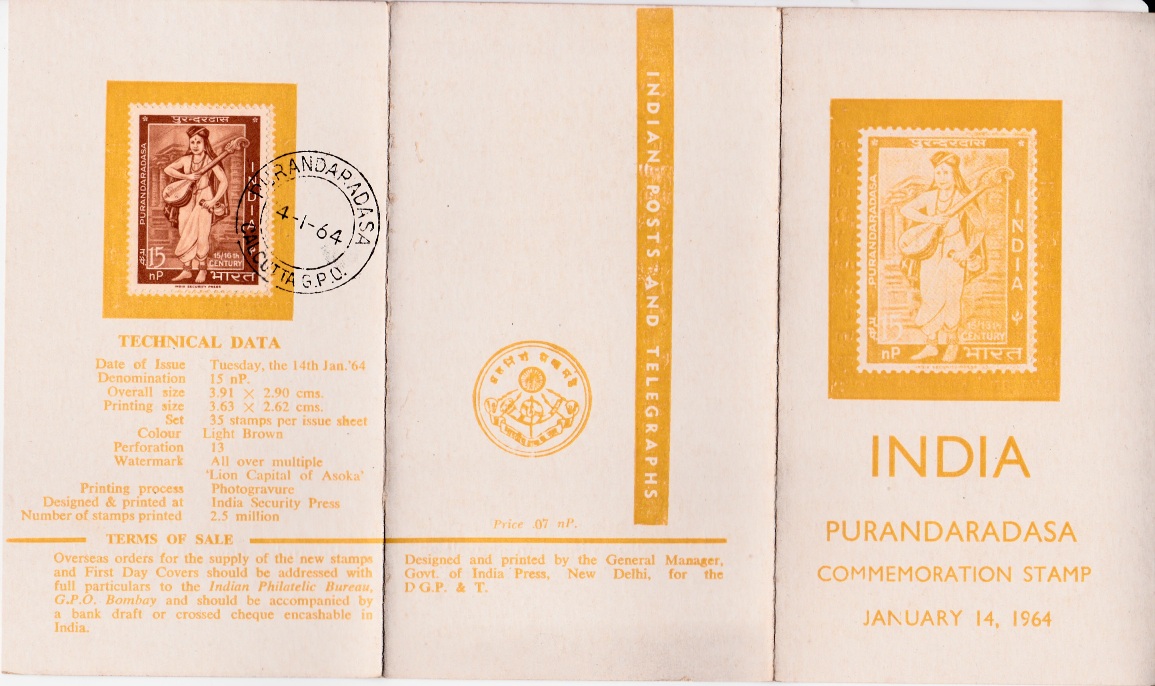 Issued for : The P & T Department is privileged to issue a special stamp in memory of Purandaradasa on this occasion.