A commemorative postage stamp on the Centenary of the Bombay Art Society (BAS), a non-profit premier art organization : 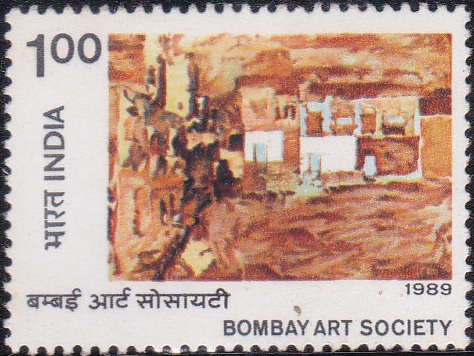 Description of Designs : The design of the stamp depicts a painting by one of the artists of the society. The First day cover depicts the society’s emblem which decorates the obverse of the Gold Medal that was designed by Rao Bahadur Ganpatrao Mhatre. The cancellation design is by Alka Sharma.