A commemorative postage stamp on the Birth Anniversary of Bal Krishna Sharma Naveen, a poet of Hindi literature : 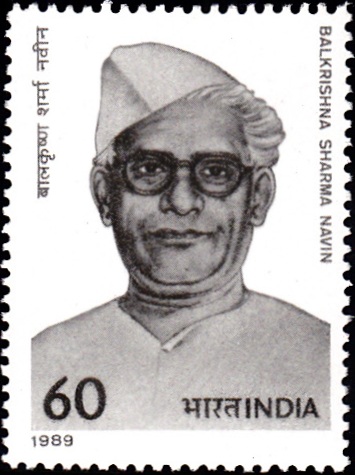 Description of Designs : The stamp has been designed at India Security Press, Nashik, based on photograph furnished by the Navin Sansthan. First day cover design is by Sankha Samantha and cancellation by Nenu Gupta.