Set of 2 nos of special postage stamp on the Christmas (Noel) : 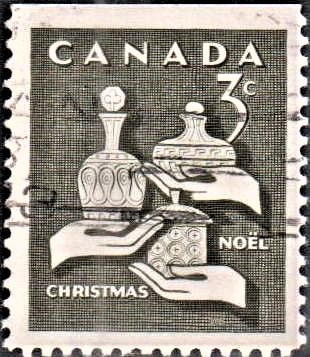 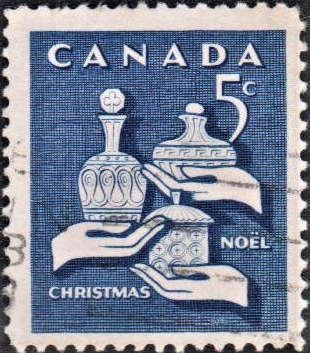 Issued for : 1965 is the second year in Canada‘s history that distinctive Christmas postage stamps have been issued. The first were released in 1964.

Design : The design is a symbolic and formal presentation of the traditional gifts of gold, frankincense and myrrh. A blend of ancient symbolism in the presents and of a modern form of art in the stylized graphics was selected to underscore the continuing ideals and celebrations of Christmas. In Canada the Yuletide Season is a joyous one, a family holiday as well as a religious festival. Just as the three wise men journeyed to Bethlehem on that first Christmas almost two thousand years ago, so today children hang up their stockings with keen anticipation and friends exchange gifts in celebration of Christmas.

The denominations of three cents and five cents are those most frequently used on Christmas cards and letters.