A commemorative postage stamp on the Millennium of Bhagawan Bahubali (Gomateshwara, son of Rishabhanatha, first tirthankara of Jainism) Statue at Shravanabelagola : 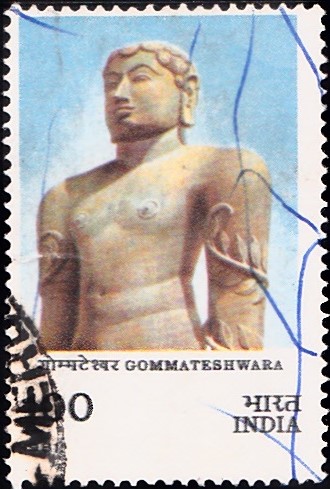 Issued for : Indian Posts & Telegraphs Department is privileged to commemorate the occasion by issuing a special stamp.

Description of Designs : The stamp design depicts the upper portion of the statue at Shravanabelgola. The First Day Cover, designed by Sumhinder Singh, depicts the footprints of Gommateshwara within a lotus flower. The special cancellation, designed by Charanjit Lal, consists of the artist’s impression of the kalash (sacred pitcher) to be used for mahamastakabhisheka.