A commemorative postage stamp on the 1979 International Year of the Child, proclaimed by UNESCO : 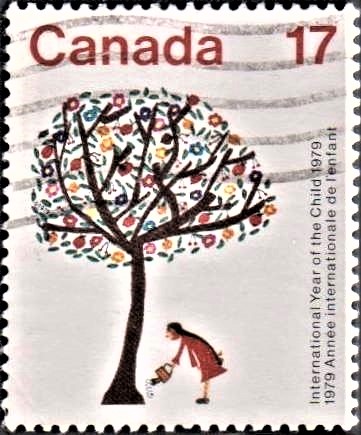 Design : The illustration featured on the Year of the Child stamp depicts a child nurturing the Tree of Life, whose branches bear both flowers and fruit. With this delightful design, young artist Marie–Annick Viatour has interpreted in a charming way the joy of health and growth, and the beauty of fruition – all that the world wishes for its children.