A commemorative postage stamp on the 9th World Congress of Gynecology and Obstetrics, Tokyo : 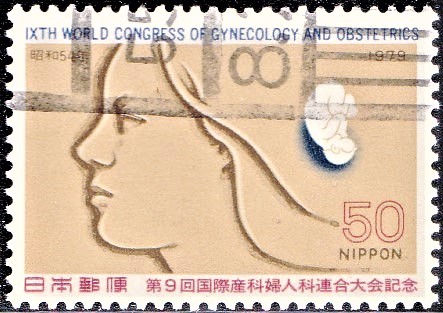 Issued for : A postage stamp was brought out to commemorate IXth International Convention of Obstetrics and Gynecology which was held in Tokyo from October 25 through 31, 1979. The Convention was expected to be attended by about 2,500 persons from some 100 countries abroad.

Design : A woman and an embryo