Complete Set of 3 nos of postage stamp on the First Australian Christmas Cards : 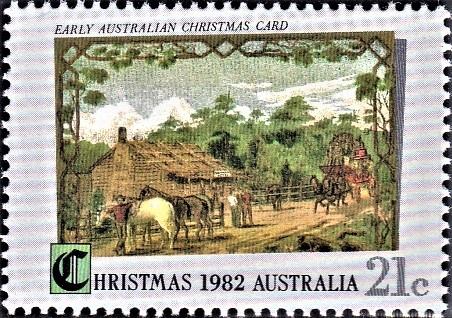 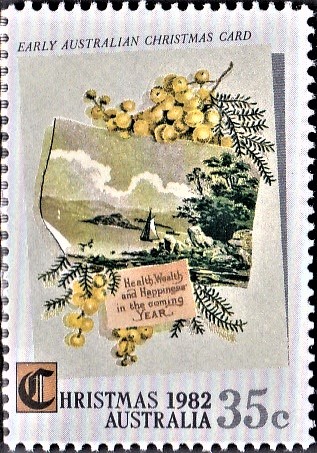 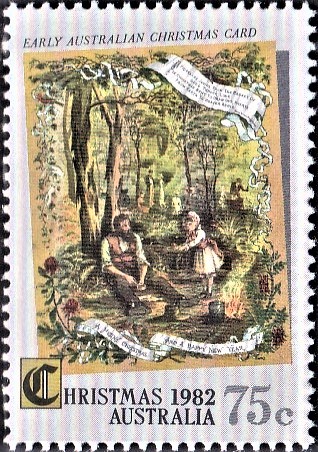 Design : The Christmas greeting card is generally considered to be an English invention, dating back to the 1840s. By the 1880s, Christmas cards had become an expression of popular art with both pictures and verse reflecting the sentiment and taste of the Victorian era. The earliest Christmas cards to be designed with Australian themes and printed in Australia were manufactured in Sydney in 1881, and it was on this original range that the Christmas stamp designs for 1982 were based.

Designer : Bruce Weatherhead [Freelance graphic designer Mr Bruce Weatherhead has been associated with Australian stamp design since 1975, and over the years has designed many stamps for Australia Post. In 1982, apart from the design of the Christmas issue, he is accredited with the typography of the ‘Roses in Australia‘ and ‘Historic Post Offices’ stamps. His work covers most fields of illustrative design, and his vast experience enables him to work in the areas of illustrator, graphic designer and consultant at his business in South Yarra, Melbourne.]