A commemorative postage stamp on the 400 years of the Paradesi Synagogue, oldest active synagogue in British Commonwealth, located in Kochi, Kerala, also known as Cochin Jewish Synagogue or Mattancherry Synagogue : 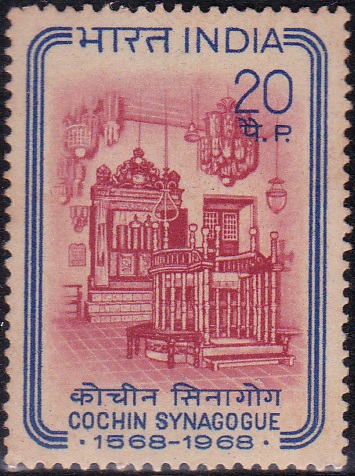 Issued for : The fact that an oft-persecuted community like the Jews could find peaceful asylum in India symbolises the secular character of our State where all communities can flourish regardless of colour, creed or race. The P & T Department is happy to associate itself with the four-hundredth
anniversary celebrations of the Cochin Synagogue by issuing a commemorative postage stamp on the occasion.