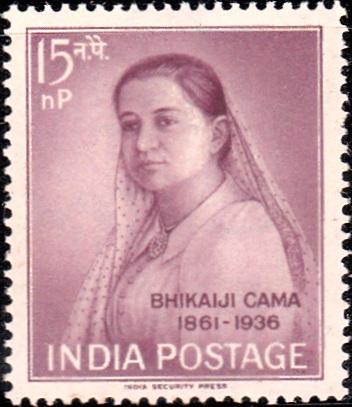 Issued for : The Posts and Telegraphs Department feels pride in paying tribute to a person on her birth centenary who made such valuable contribution to the cause of Indian Independence whose ideals she summed up in her famous words : “India must be free; India must be a republic; India must be united.“

Design : The stamp issued bears a portrait of the great woman leader who dedicated her life to the cause of Indian freedom.

Water mark : All over multiple “Lion Capital of Asoka“