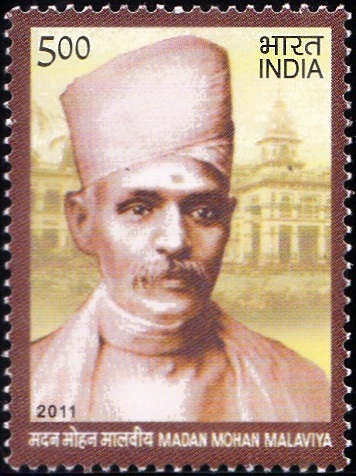 Issued for : Madan Mohan Malaviya, as rightly summed up by Jawaharlal Nehru, was a giant among men, and one of the foundation-layers of Indian nationalism. The Department of Posts remembers this great son of India in gratitude for the services rendered to the nation and issues a postage stamp to commemorate his 150th birth anniversary.