A commemorative postage stamp on the Birth Anniversary of Guru Ravidass Ji, a saint-poet from Indian bhakti movement, founder of Ravidassia religion (associated with Sikhism) : 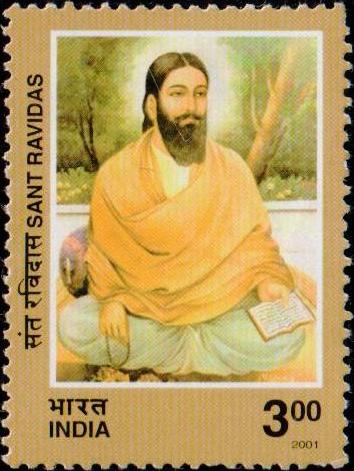 Issued for : The Department is happy to issue this commemorative postage stamp in honour of Sant Ravidas.

Credits :
Stamp : Concept design prepared by Alka Sharma based on a painting by Phulan Rani as received from Govt. of Punjab.
FDC : Based on material supplied by the sponsors.
Cancellation : Nenu Gupta