A commemorative postage stamp on Janab Thangal Kunju Musaliar, an Indian businessman whose ancestry traced back to Malik Deenar, one of the first known Muslims to come in India to propagate Islam in South Asia : 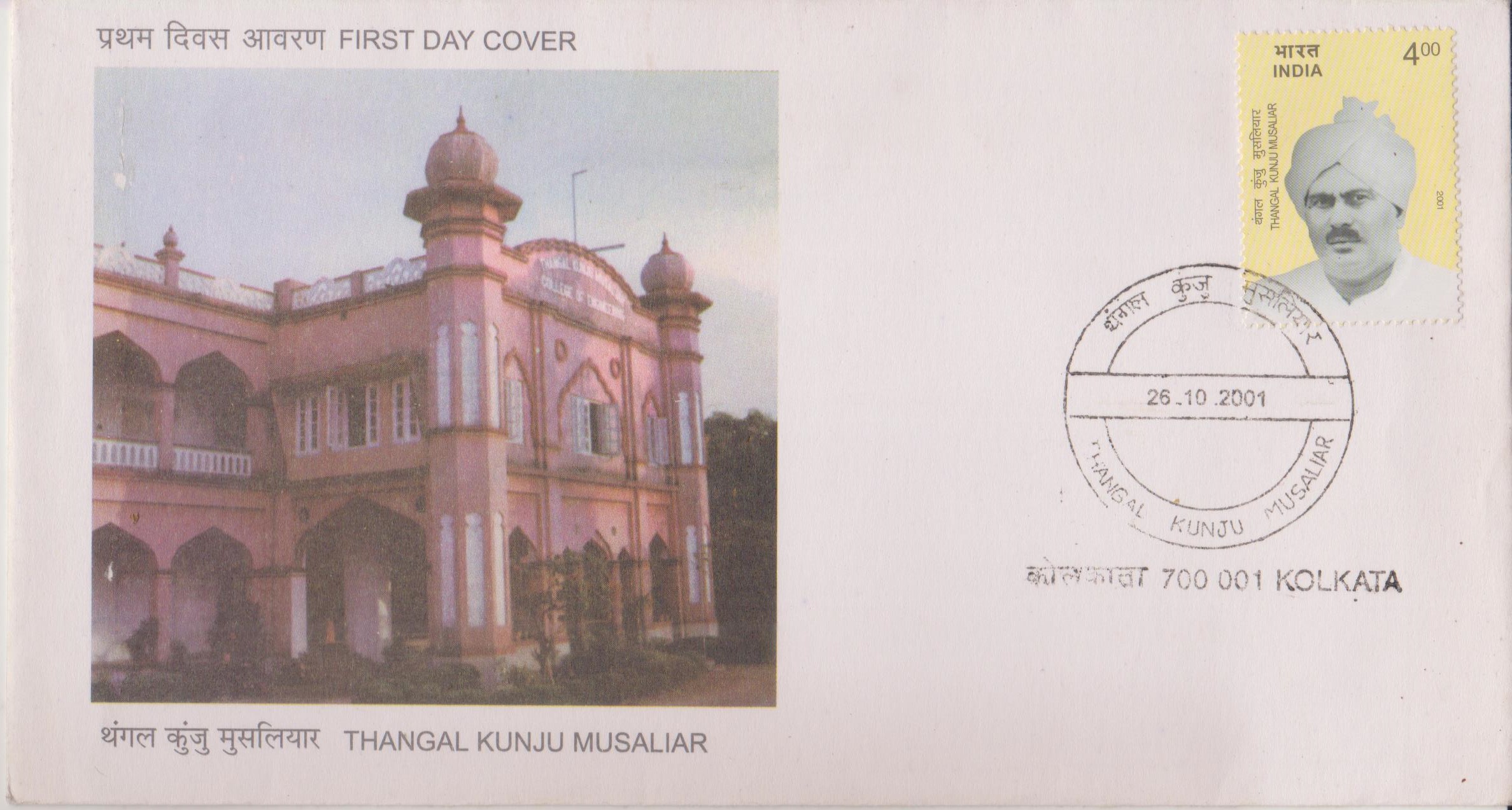 Issued for : The Department of Posts is happy to issue a postage stamp honouring this multi-faceted personality.