Complete Set of 4 nos of commemorative postage stamps on the Centenary of the American Kennel Club : 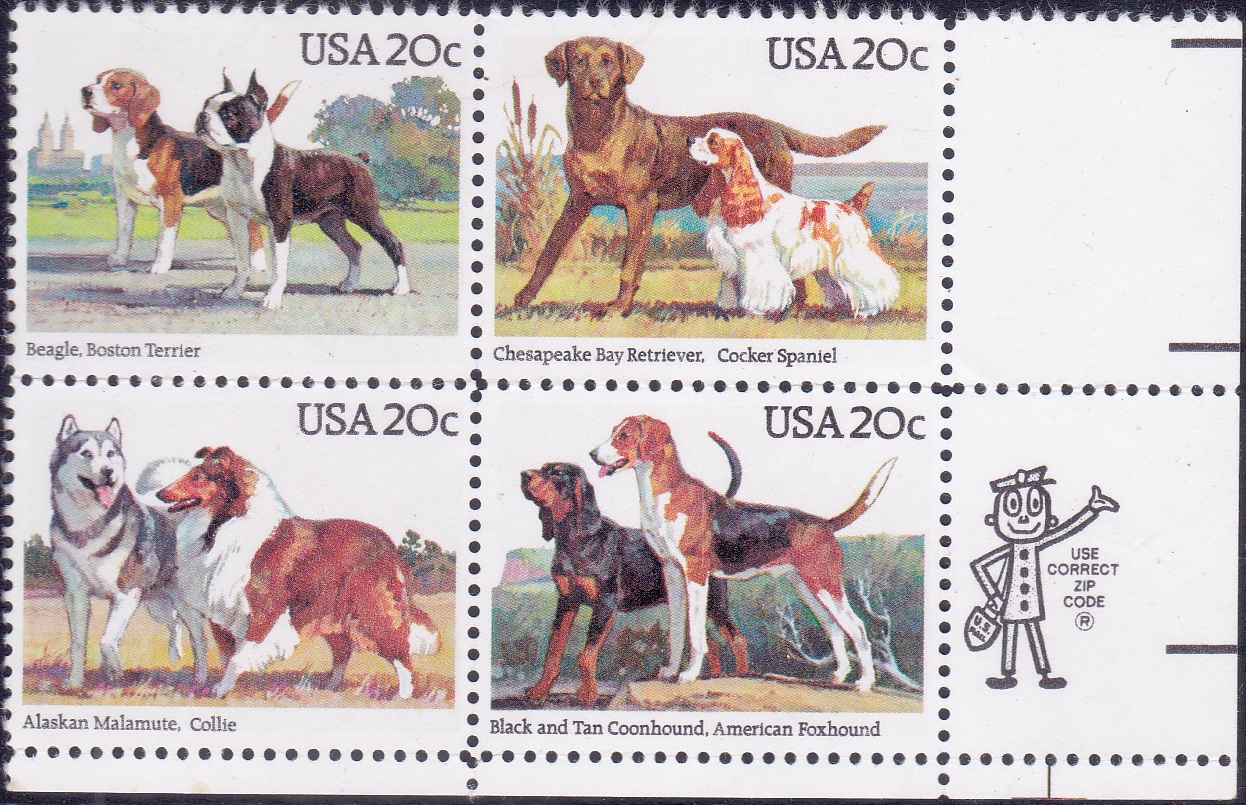